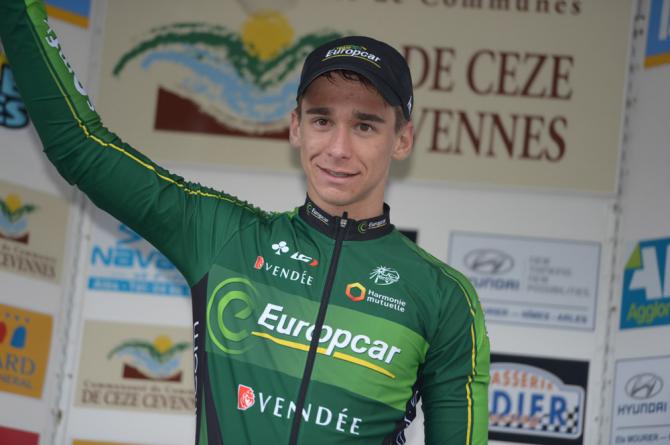 The french rider managed to survive the steep climb of the Mur de Laudun on two occasions – to hold off John Degenkolb and Tony Gallopin in an uphill sprint finish.

Today’s stage was for the most part a flat route. However, the final 15 kilometers involved two passages of the category two climb of the Mur de Laudun.

At one point, Igor Frovlov made a futile attempt to bridge himself to the breakaway group – only to be quickly reeled back in by the peloton.

With Hutarovich and Koretzky in the breakaway group, who began today’s stage with half a minute down on the race leader, the escapees were never able to open up more than a two minute gap over the peloton.

With 15 kilometers remaining, Sicard, Rostollan and Hutarovich were the first to be caught.

Meanwhile, the lingering trio rode in earnest in their attempt to hold off the impending peloton. And, with kilometer remaining, they managed to still maintain a gap of almost half a minute over the chase.

It wasn’t until the final pass of the Mur de Laudun, that the field came back together.

At that point, team Europcar really upped the pace – subsequently lining up their man Coquard for the sprint victory – after he narrowly missed being involved in a last minute crash.

Today’s results leave Helven with only a five-second lead of his rivals – as the race heads into it’s final stage tomorrow – a 10.7 kilometer uphill time trial in Ales.