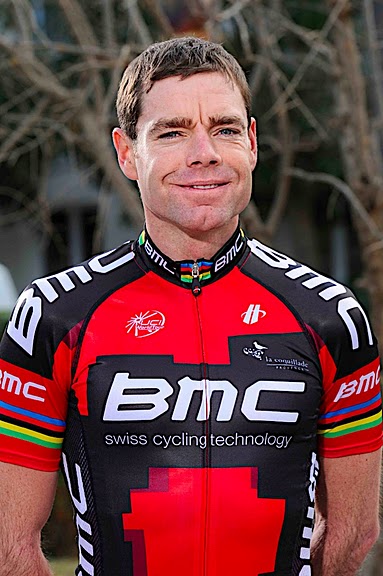 Cadel Evans secured his overall lead in this year’s Giro del Trentino, after holding off a challenge from Domenico Pozzovivo during the final kilometer in Pozza di Roncone today.

It took more than an hour of racing before a 12-man breakaway group containing riders such as Damiano Caruso, Adriano Malori and Diego Rosa succeeded in riding clear of the peloton under the leadership of Dario Cataldo. And, by the 80 kilometer mark, the escapees managed to build up a healthy lead of 4:40 over the chase.

However, as the race entered into the final 35 kilometers, Evans called the peloton to action, as they set about reducing the breakaway group’s lead to a more manageable 2:40 – as they tackled the climbs of the Daone and Passo Durone.

As the race entered into the final 20 kilometers, a looming peloton prompted a series of attacks from within the breakaway group, with only Caruso, Mateusz Taciak, Yonathan Monsalve and Antonio Piedra managing to stay outside the reach of the chase. However, as the race started to approach the final climb, they too were swept up by the peloton as well.

With 2.8 kilometers remaining, Team Sky took over the pace-setting with a fast tempo up the Pozza. But, as the gradient kicked to 15%, both Pozzovivo and Evans began upping the pace, with Francesco Manuel Bongiorno and teammates Michele Scarponi and Mikel Landa also in the action. However, the trio quickly fell off the pace of the leaders, as the race crossed under the final kilometer banner.

In the closing 200 meters, Evans accelerated once again, which proved to be enough to hold off a determined Pozzovivo by 3 seconds to the line.