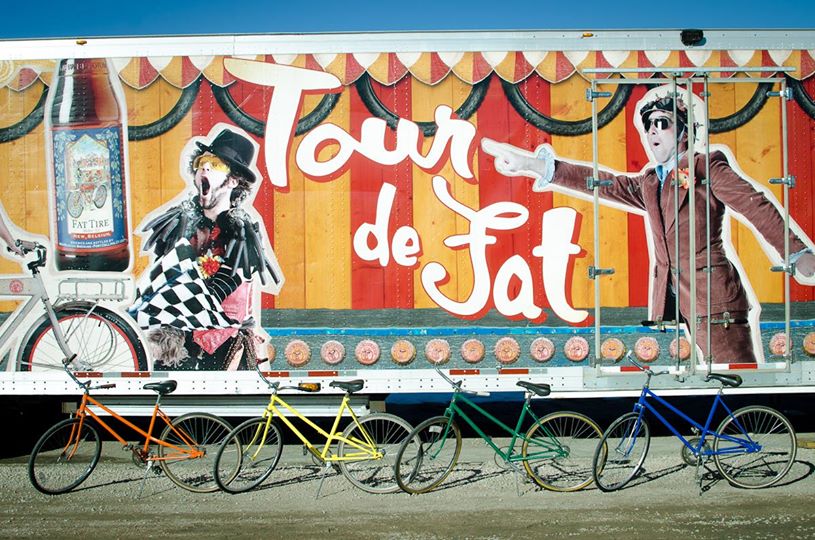 The New Belgian Brewing Company announced the kick-off of it’s  highly anticipated 2014 Tour de Fat season. This year marks the  traveling bicycle advocacy’s 15th season, which will visit 10 cities across the USA from May to October.

The day-long festivals are free, with proceeds from beer sales going to local non-profits. Since it began, the Tour de Fat has raised more than $3 million. And, last year alone, it raised half-a-million dollars.

The events kick off with a costumed bicycle parade that winds through city streets – arriving in a city park. That’s when eclectic entertainment takes over from musical acts to yo-yo performers, bike contests and even vaudeville acts. This year will also include some brewing education and feature a “Bicycle Revival” to inspire festival-goers to believe in the power of two-wheeled transportation.

“Here at New Belgium, we’re all about giving people who love bikes (and those still warming up to bikes) a chance to get together in their local park,” said Matt Kowal, New Belgium Brewing’s Tour de Fat Impresario. “It’s such a fun day for so many different reasons – we not only bring people together, but also teach them about great beer, and how to make a difference in their community. And the fun part is you get to come as your alter ego. We all have regular jobs, but who are you at your core? This is the day to show up as that person. We say it every year, but if everyone’s weird, then no one is weird!”

MORE BIKES, BEER AND BEMUSEMENT IN 2014

We had a blast at Tour de Fat in 2013 and we hope you got to spend a day with us at one of the dozen cities we visited coast to coast.

Follow Tour de Fat on Facebook and Twitter for updates (or to re-live 2013 awesomeness) or check back here for more details, but cities and locations we plan to visit in 2014 are: