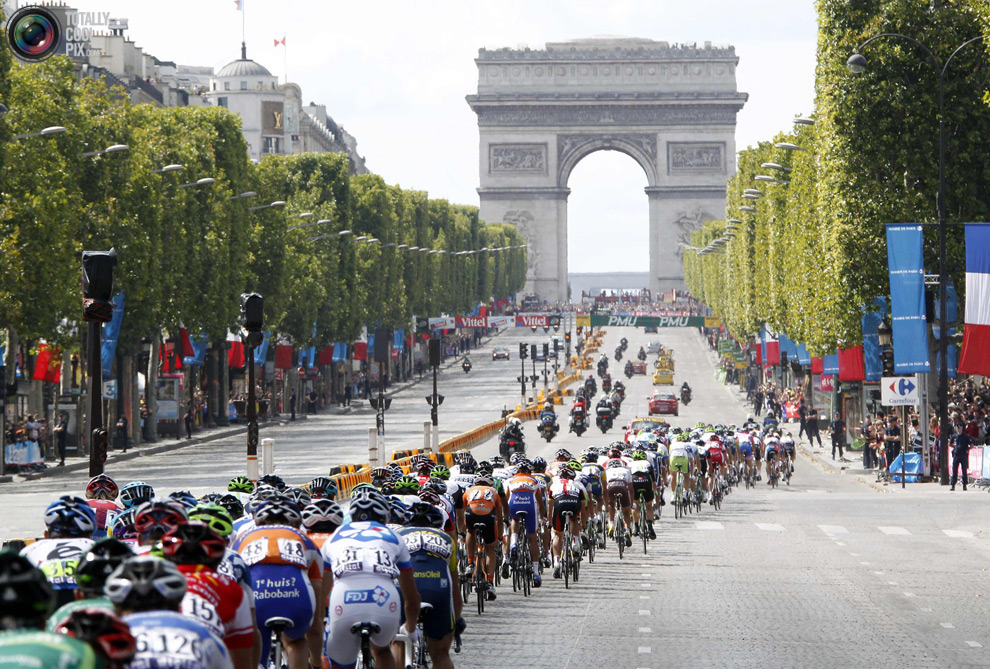 This year’s Tour de France will be giving women’s cycling a more visible role than just congratulating the male riders.

The International Cycling Union announced the innovation Saturday as part of its 2014 racing calendar. Tour organizers say they aim to make the women’s competition "one of the most decisive races of the season."

Until now, the 110-year-old Tour has been almost exclusively a male preserve, with women sometimes employed as team staffers or on the winners’ podium handing out flowers.

A number of women’s races have collapsed in recent years and some competitors have criticized poor funding and promotion. A "Tour Feminin" event in France was staged in the past, but not since 2009.

"Women’s races have had financial difficulties — little television exposure, little media fallout and, as a result, few sponsors," said UCI sport director Philippe Chevallier. "We are working hard so that will change," he said, acknowledging that "it’s a long-term job."

A group of cyclists, including Olympic gold medalist and road race world champion Marianne Vos of the Netherlands and Olympian Emma Pooley of Britain, launched a petition last summer to push for a professional women’s race in parallel to the Tour de France over the same distances.

Vos said she was "delighted" about the announcement of "La Course" event.

"I am particularly happy to take part, especially thinking about the majestic finish on the Champs-Elysées," she was quoted as saying in a statement from Tour organizers. "The birth of this race is a revolutionary development in our sport. The Tour is the pinnacle of professional cycling … (this) could open up a new era for women’s cycling."