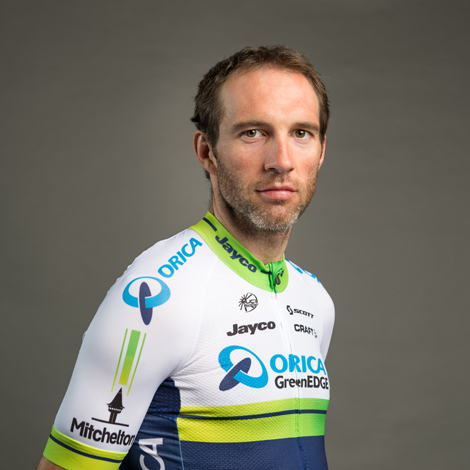 Michael Albasini claimed back-to-back wins in this year’s Tour of Romandie, after winning stage 2 in a bunch sprint ahead of Tony Hurel (Team Europcar) and Giacomo Nizzolo today.

As the race entered the final 30 kilometers, the duo had built up a moderate lead of 2 minutes over the peloton. However, eager to protect their leader Michal Kwiatkowski, Omega Pharma-QuickStep was ever present at the head of the peloton – driving the chase.

With 15 kilometers remaining, the concerted effort of Tinkoff-Saxo, Orica-GreenEdge, Lampre-Merida and Omega Pharma-QuickStep, succeeded in reducing the escapee’s advantage to 1:30. And, from there, they continued to reel them in, until the final 3 kilometers when they were caught.

The remaining 400 meters presented a tricky approach to the finish, with a final "kick" in elevation just before the line – that made for a challenging  situation for teams to set-up their sprinters.

As the race was winding up for a sprint finale, Kwiatkowski appeared to be in excellent position as he began his lead-out. However, it was Albasini who once again emerged victorious at the line.

Meanwhile, Ramunas Navardauskas finished in third – to round out today’s podium.