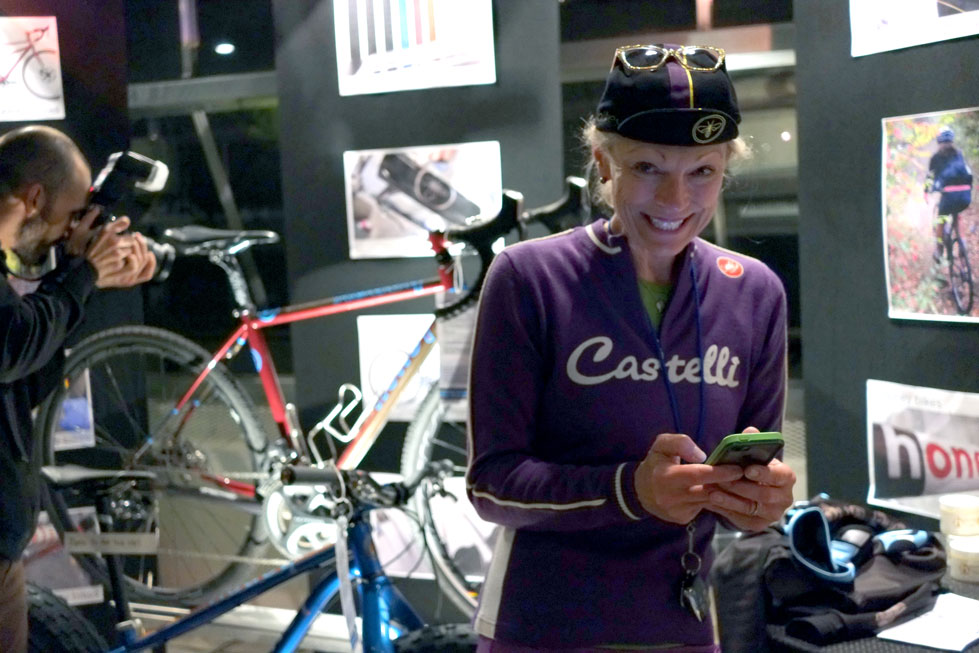 Mark your calendars accordingly, as the 5th edition of the New England’s Builders’ Ball get’s underway soon, where artisan frame builders will be showcasing their glorious work come October 2nd.

Providence, RI – From 7 PM to 11 PM on Friday, October 2, 2015 the New England Builders’ Ball will host many of the world’s best bicycle framebuilders at Roger Williams Park Casino in partnership with the KMC Cyclo-Cross Festival, presented by Shimano and the East Coast Greenway Alliance, for whom the event is a fundraiser.

The Ball has become a highlight of the KMC CrossFest weekend, and provides a touch of elegance, with handmade bicycles of all types on display from legendary framebuilders Richard Sachs and Mike Flanigan of Alternative Needs Transportation, international favorites like Boston’s Firefly Bicycles and Geekhouse Bikes, talented first-time exhibitors such as Winter Bicycles, and bicycle gear makers and innovators like Sinewave Cycles.

Flanigan noted, “The Builders’ Ball has become a premier American bicycle event, and ANT is beyond happy to be a part of it. The East Coast Greenway is one of our favorite projects, so the fact that all proceeds help build it is icing on the cake!”

The Roger Williams Park Casino will host athletes and fans alike, treating them to music, beer and refreshments from Harpoon Brewery and Artisan Beverage Cooperative as well as two of the region’s best food trucks, Rocket Street Food and Mijos Tacos. This year’s Ball will feature its first roller racing contest for the Quahog Cup! For those racing cyclocross, racers’ numbers will be available for early pick-up at the Ball. And for those riding Gran Fondo New England on Sunday, bibs will be available for pick-up as well.

“The New England Builders’ Ball is a wonderful night out,” says Kris Henry of New Hampshire based 44 Bikes. “Framebuilders from across the region gather for a night to celebrate bicycles and all proceeds benefit the East Coast Greenway. I leave the night content, humbled, and proud to be a member of such a tight-nit group of cyclists I can call my extended family. If you live in New England and call yourself a cyclist, the Ball is the place to be on October 2nd.”

For further information, including a list of exhibiting builders, please visit www.newenglandbuildersball.com. As always, this event is a fundraiser for the East Coast Greenway Alliance, the organization spearheading development of a 2,900-mile traffic-separated trail connecting 25 cities from Calais, ME, to Key West, FL.