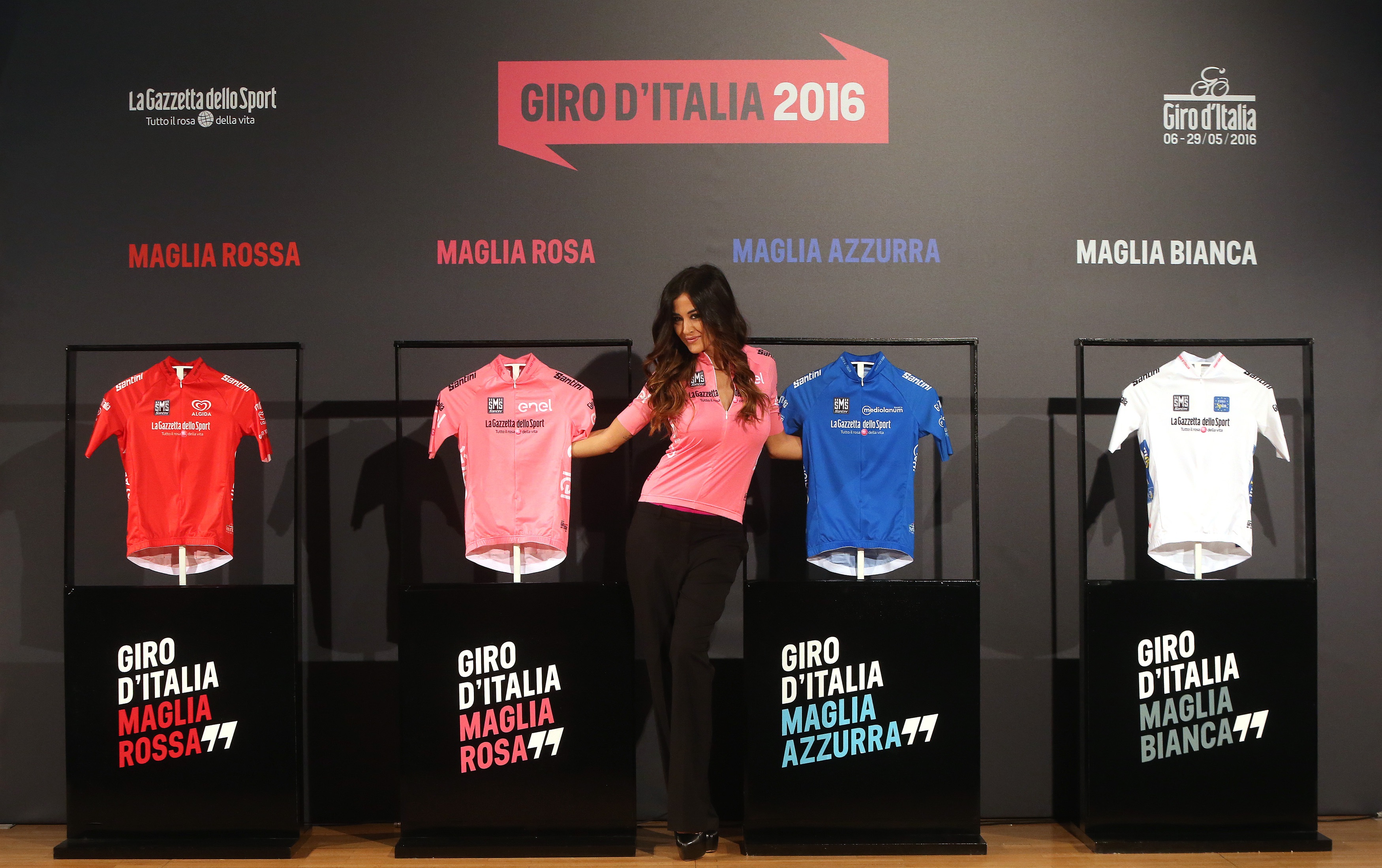 The four jerseys will be on exhibit starting today, in Rizzoli Bookstores in Milan and New York, and in Gelderland, the Netherlands province, where the Giro d’Italia will start on Friday 6 May with an individual time trial in Apeldoorn.

The 2016 Giro d’Italia will conclude in Turin on May 29, with the overall winners of the four different classifications donning the final classification jerseys.

The Italian energy company ENEL is the new sponsor of the pink jersey, with Banca Mediolanum sponsoring the blue jersey, Algida the red jersey, and Eurospin supermarkets the white jersey.

The 2016 jerseys were unveiled by Italian television presenter, Giorgia Palmas, along with representatives from the four jerseys’ sponsors.