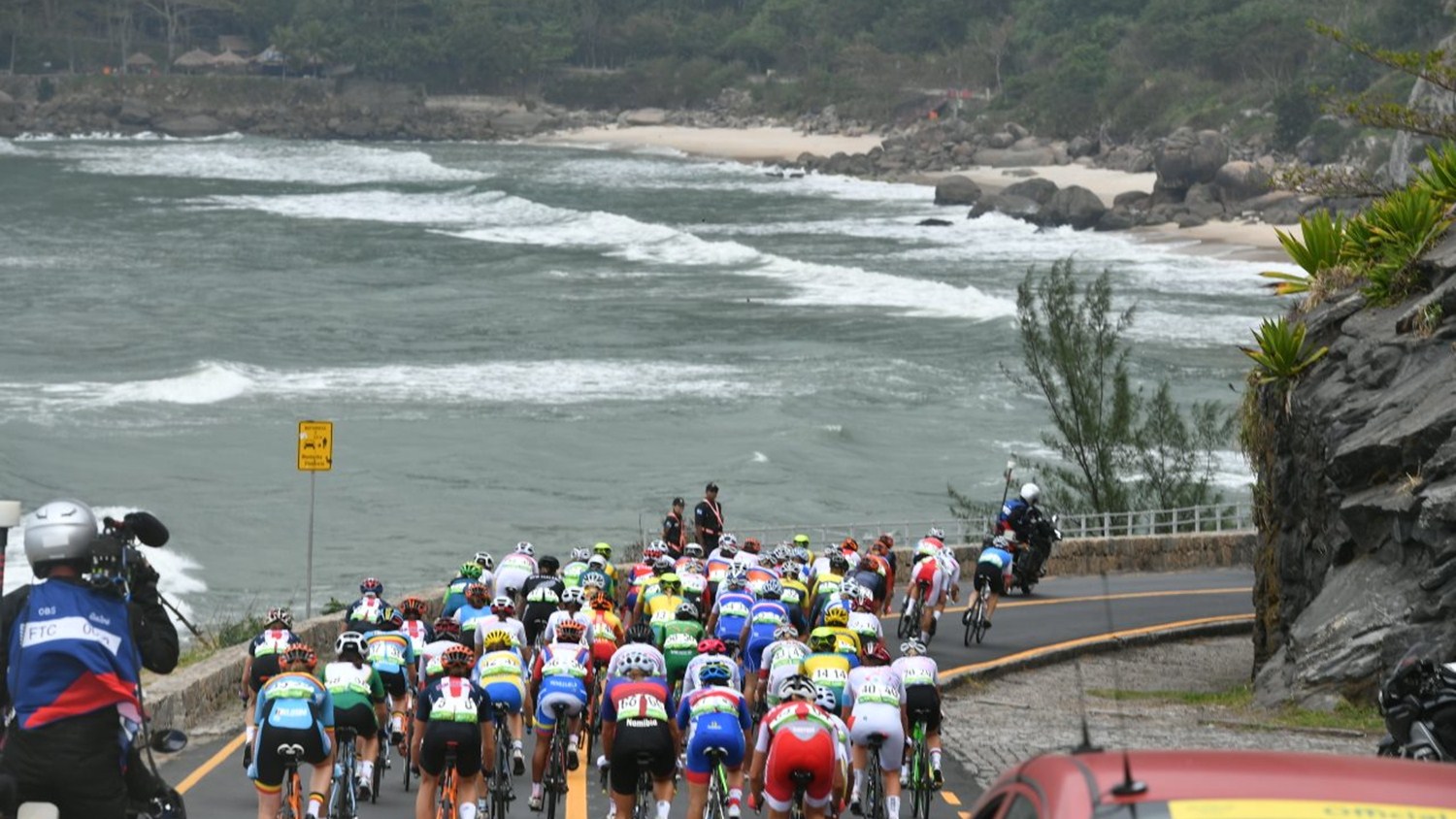 Four years after Marianne Vos’ victory in the London Olympics, in Rio once again the Netherlands have secured gold in the Olympics women’s road-race when Anna Van der Breggen out-powered Emma Johansson of Sweden and Italy’s Elisa Longo Borghini.

In a fast, fraught finish with a 68-strong field shattered by the extremely hilly Rio course, the trio of medallists caught USA’s Mara Abbott within sight of the line. Then after Longo Borghini led out the sprint, Van der Breggen powered past the Italian and easily fended off a late counter-charge by Johansson.

Van der Breggen had unexpectedly found herself leading the Netherlands’ bid for gold when her team-mate Annemiek van Vleuten crashed badly whilst heading the 137 kilometer race.

Having helped forged the leading break with Abbott and then broken away alone in the closing kilometers, Van Vleuten fell hard on the descent of the Canoas-Vista Chinesa climb. This was the same very technical downhill that, 24 hours before, had seen two of the best-placed riders in the finale of the men’s race, Colombia’s Sergio Henao and Italy’s Vincenzo Nibali, crash out, too.

Earliest reports say that Van Vleuten is in hospital but is conscious, able to talk and in a stable condition.

“The chase started after I saw Annemie,” said Van der Breggen, at that point with Johansson and Longo Borghini and fighting for bronze, said afterwards.

“I think she crashed pretty hard and I was pretty shocked. I realized that I was the first one from the team so I had to chase. I did it also for Annemiek. The team work was really good because we knew that we had to do it.”

”Annemiek was in front and I was riding for third place at that moment and then suddenly I saw her [having crashed] and it changes everything. Of course, when you see her like that it is a big shock.”

After Van Vleuten’s crash, it initially looked as, though, as if Abbott was ideally placed to claim the gold for the USA, given she had a 40 second advantage as when she came into the flat final segment of the race leading off the Vista Chinesa climb and on towards the Copacabana beach finish.

The American climber bravely powered on alone, but little by little the trio of chasers, working very well together both to catch Abbott and to fend off a second group around a dozen seconds behind, managed to close down the gap.

Less than 500 meters from the line, the exhausted Abbott finally admitted defeat and swung across the road, leaving it to Van der Breggen, Johansson and Longo Borghini to fight a three-way duel for the medals. Abbott finally placed fourth, with Britain’s Elizabeth Armitstead bringing home the next chase group for fifth.

The toughest climb of the race, the 8.9 kilometer long Canoas-Vista Chinesa once more had proved critical in the overall outcome – both in its ascent and descending phases. After a dangerous seven-rider move including 2012 Olympic champion Vos and French contender Pauline Ferrand-Prevot had been brought back at the foot of the climb, thanks to hard work by the USA, Abbott, Van der Breggen, Van Vleuten and Longo Borghini eventually inched their way clear on the relentlessly rising ascent itself. Then the crunch moment came around half-way up when Van Vleuten and Abbott gained a gap, whilst Johannson bridged her way alone across to the chasing group of Van der Breggen and Longo Borghini.

The final descent though, left Abbott out on her own once more after Van Vleuten crashed, and Van der Breggen suddenly had to assume the mantle of leadership of the Dutch team. Then just a few kilometers later as Van der Breggen clinched her country’s second successive Olympic gold in the women’s road-race, there could be no doubt the 26-year-old Netherlands rider was more than up to the task.