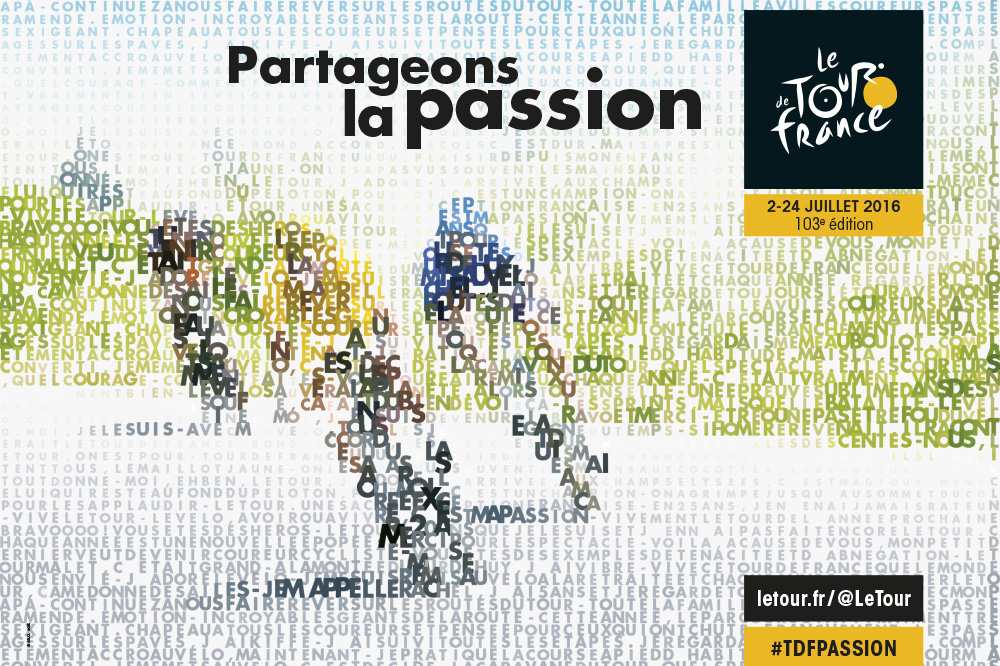 20 Oct 2015
By Gianni Pericolo - In LATEST ARTICLES, THE GREAT RACE

Organizers for the Tour de France, Amaury Sport Organization (ASO), presented next year’s route to audience of more than 4,000 people in Paris this morning.

Next year’s race won’t feature a prologue time trial or a team time trial, and seems apt to favor the “climbers”, with such venerable climbs as Mont Ventoux.

The 103rd edition of the Tour de France, will start in the northern Manche region of France with three road race stages, with the first starting in and around Mont-Saint-Michel island.

From there, the race will head south via Angers, Limoges and Montauban, with several stages aimed at the “sprinters”.

The mountain stages in the Pyrenees will finish in Lac de Payola, followed by a climb to Arcalis in Andorra, which was last visited in 2009. In addition, riders will be given their first rest day in Andorra, before heading to southern France and across to Montpellier.

Mont Ventoux will again host a mountain-top finish, which will coincide with the country’s Bastille Day on July 14.

During the third week, the Tour will visit the Alps early, with a finish in Villars-les-Dombes, along with an ascent up Grand Colombier on stage 14, before heading to Bern, Switzerland.

The decisive mountain stages are set to begin during stage 18, with a new finish at the Emission dam, following the Gueulaz climb, which overlooks Mont Blanc at an elevation of 1960 meters.

Following the Alpine mountains, the 2016 Tour de France will conclude in Paris on Sunday July 24, with the traditional road race stage – starting in Chantilly.