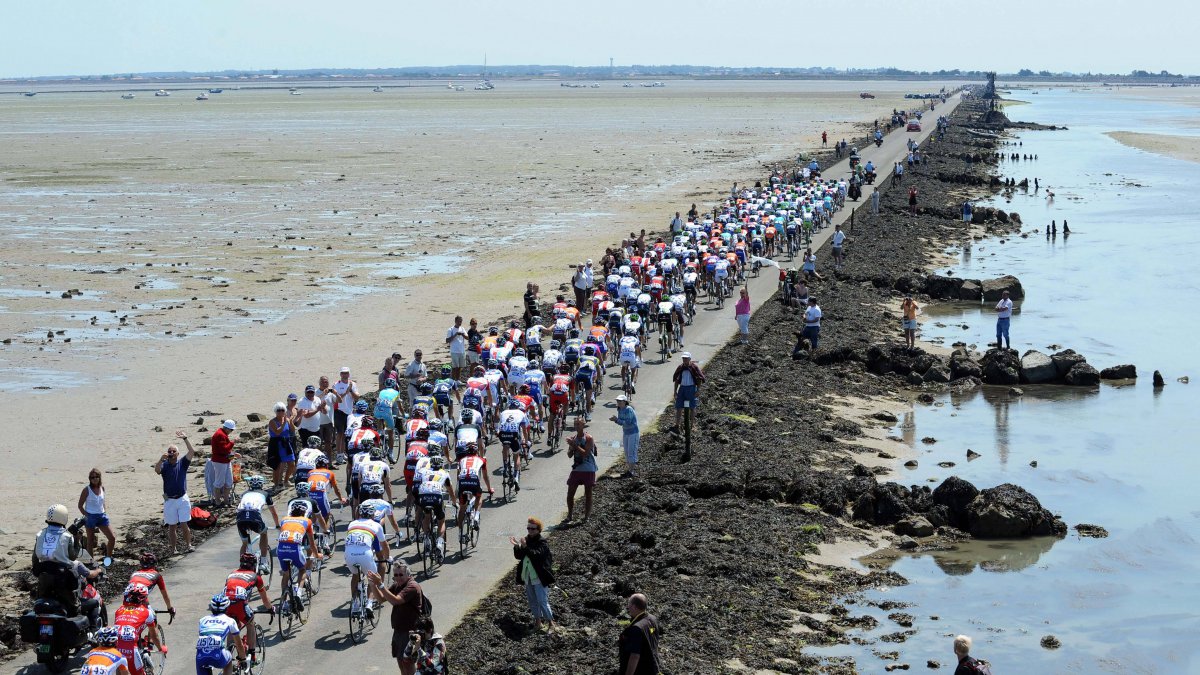 The peloton will once again revisit the Passage du Gois, as part of next year’s Tour de France Grand Départ.

The four-kilometer causeway, which becomes submerged twice day by the tide, was last featured during the opening stage of the 2011 Tour de France.

Similarly, next year’s race will see the peloton depart on its three-week journey to Paris from the island of Noirmoutier, which is connected to the mainland by the Passage du Gois.

Many will recall how the slippery surface of the causeway caused a major crash during stage 2 of the 1999 Tour de France which served to split the peloton in half.

The Passage du Gois lies in the Vendée region, which is hosting the 2018 Grand Départ jointly with the Pays de la Loire region which lies to the east, and where a team time trial takes place in Cholet on Stage 3.

The race last set out from the Vendée six years ago, when Thomas Voeckler with Team Europecar went on to have an inspired Tour de France, wearing the race leader’s yellow jersey for ten days and finishing fourth overall in Paris. The 37-year-old Frenchman plans to retire after this year’s Tour de France.

Stage 1 covers 195km between Noirmoutier-En-L’Ïle and Fontenay-Le-Comte, with much of the stage following the twisting Vendée coastline after the riders cross the Passage du Gois. Crosswinds and echelons could be an immediate problem for the overall contenders. The finish is close to the home to Jean-René Bernaudeau and the headquarters of his Direct Energie team.

Stage 2 is an 185km inland loop between La Roche-Sur-Yon and Mouilleron-St-Germain. The 35km stage 3 team time trial starts and finishes in Cholet and covers a twisting route to the northwest of the town.

Stage 4 starts in the coastal village of La Baule near Saint-Naziare and will head north into Brittany for a still to be revealed finish location.

The full route for the 2018 Tour de France will be revealed on October 17 at the Palais des Congrès de Paris. The 2017 Tour de France starts in Dusseldorf, Germany on July 1 with a 13km individual time trial.