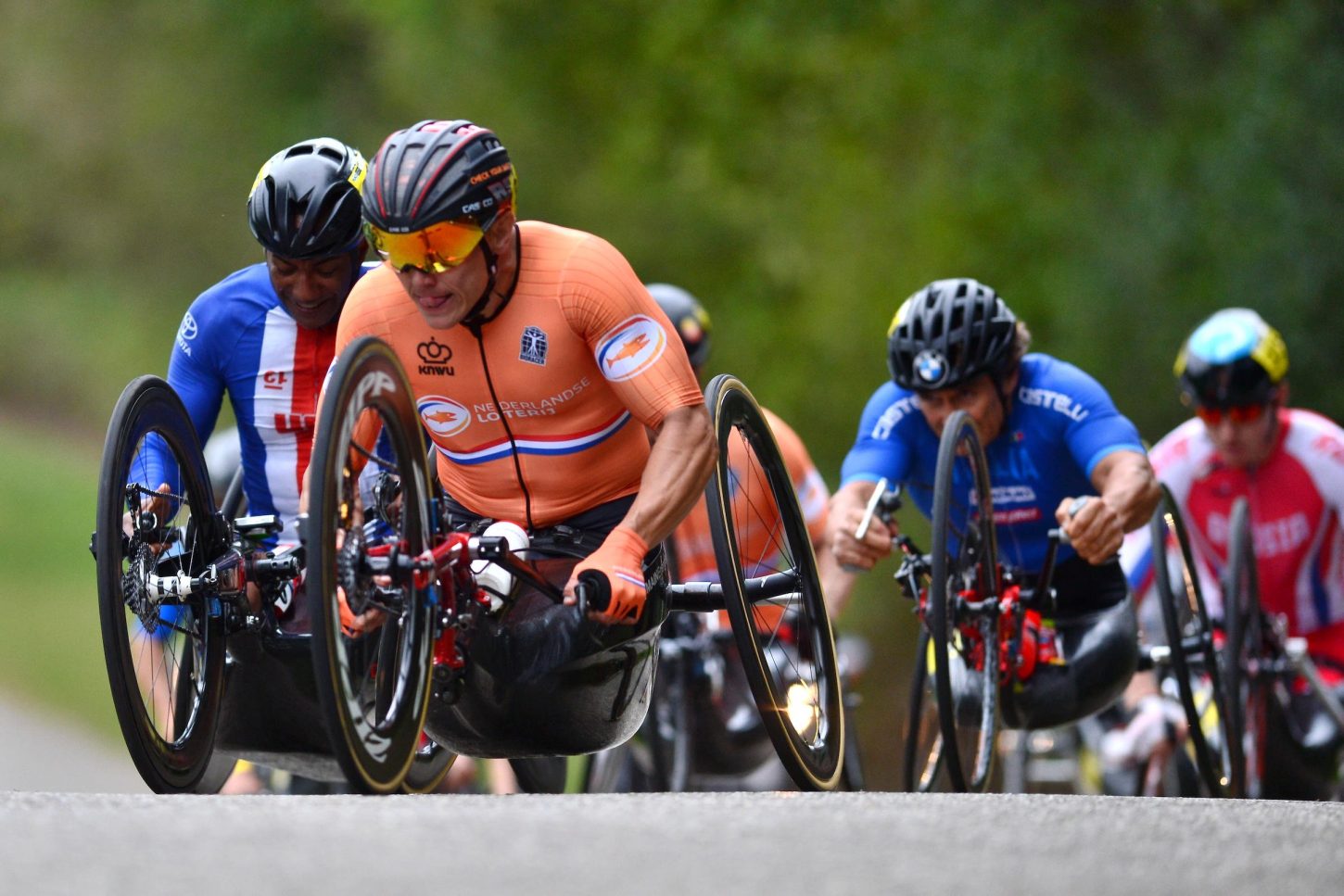 The highlights of the para-cycling year were the three UCI Road World Cup rounds – Corridonia (Italy) then Ostend (Belgium) in May, and Baie-Comeau (Canada) in August – and two UCI World Championships: for track in March, and for road in September.

All were truly hard-fought competitions in their own right, and also part of the athletes’ qualification campaigns for the Tokyo 2020 Paralympic Games. Quite apart from the sheer athletic endeavours, these events highlighted human stories of determination and courage, and demonstrated diversity amongst cycling’s para-athletes, in terms of age, sporting backgrounds and nationalities.

The Netherlands’ 23-year-old Carmen Koedood was unstoppable, winning all six events in the H2 class, as did her compatriot Jennette Jansen (51) in the H4 class.

Russia’s Sergei Pudov (32) won five golds across the men’s C4 competitions – only missing out on the time trial in Belgium. Spain’s H2 athlete Sergio Garrote (40) matched him for five golds – the one he missed out on was the road race in Canada.

The 2019 UCI Para-cycling Track World Championships were held in Apeldoorn, the Netherlands, in March. There we witnessed brilliant performances by a number of riders, and here are just some of those who won multiple medals, each including gold.

We saw Ricardo ten Argiles of Spain (C1) – at the age of 44 – winning gold in the individual pursuit and Scratch race, and bronze in the kilo… the double-amputee has a staggering record of World, European and Paralympic medals in swimming but only took up competitive cycling in 2017.

Aged 24, Australian Alistair Donohoe won C5 double gold – his first in the individual pursuit (after two previous podiums) and his second in the Scratch Race (after four previous podiums). His countryman, 28-year-old David Nicholas, took gold in both the C3 individual pursuit and Scratch Race, adding to his impressive tally that includes Olympic golds at London and Rio. Roll on Tokyo.

Great Britain’s Katie Toft (26) took gold in the C1 individual pursuit and Scratch Race, plus silver in the time trial. Toft’s mentor and compatriot, Dame Sarah Storey, matched her medal for medal in the C5 category!

The 2019 UCI Para-cycling Road World Championships were hosted in Emmen, the Netherlands, in September. It was here that the world got to see the great performances of some of our oldest and youngest para-athletes.

Following her World Cup success, 58-year-old Australian Carol Cooke led the way for the experienced winners, taking the women’s T2 time trial then the road race, ahead of Germans Angelika Dreock-Kaser (52) and Jana Majunke (29). The Netherlands’ Jennette Jansen delighted the host nation with a double victory in the H4 racing. The 51-year-old has previously won Paralympic medals in wheelchair marathon, basketball and cycling, and doesn’t look set to slow down before Tokyo.

The men’s tandem went to 21-year-old Tristan Bangma and pilot Patrick Bos of the Netherlands. And Jetze Plat joined Bangma in thrilling the home crowds by winning the H4 road race and time trial titles.

As well as these young winners there were more than ten competing athletes still in their teens, from right around the world, showing a lot of promise for 2020 and beyond

This modified calendar will help athletes as they prepare for the Paralympic Games, where around 230 para-cyclists will compete across 17 track and 34 road events.