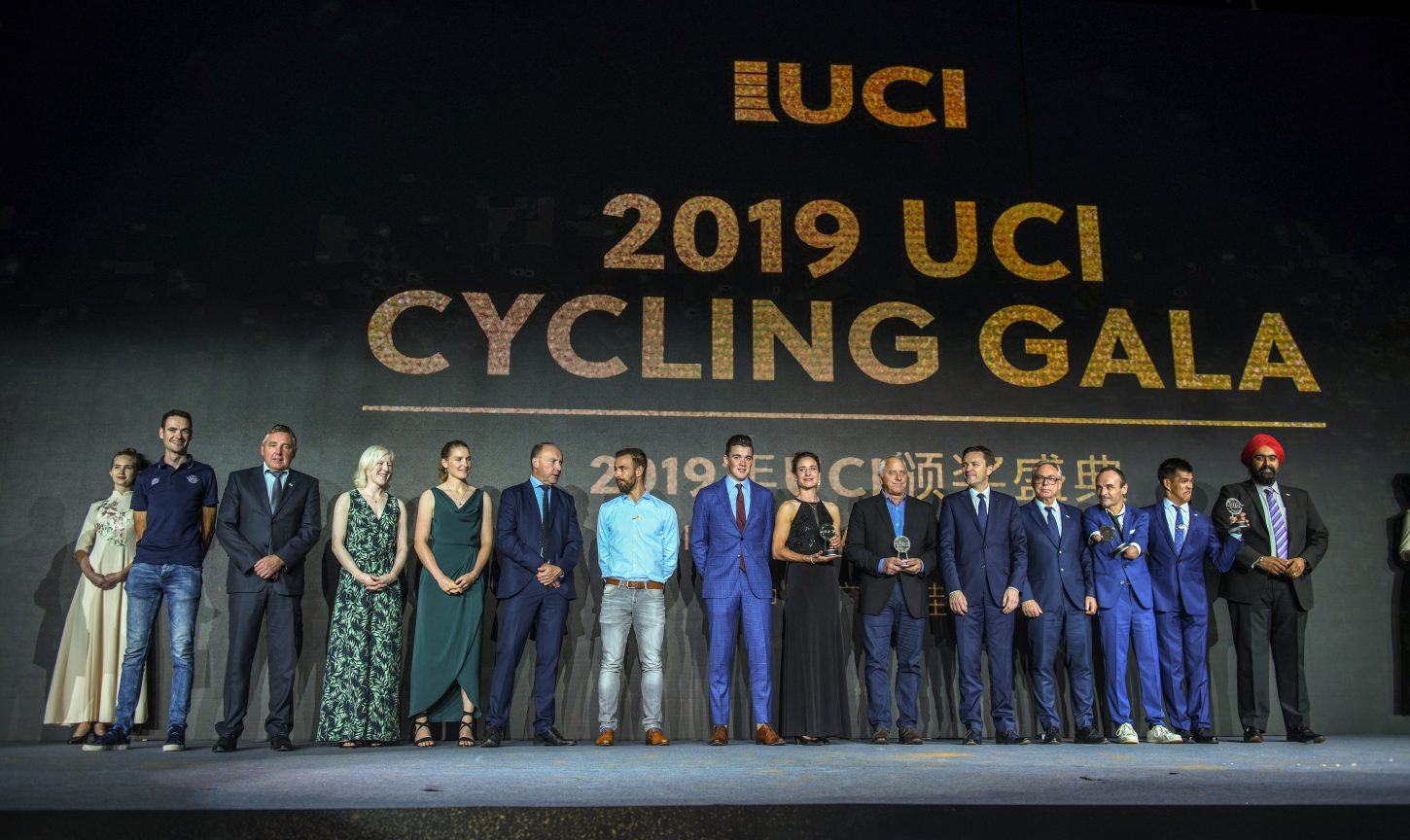 The 5th UCI Cycling Gala took place today in Guilin, China, bringing together numerous stars of men’s and women’s professional road cycling, including the Men Elite road race UCI World Champion Mads Pedersen (DEN), winner of a race contested in atrocious weather, as well as the UCI World Champions for road para-cycling. The ceremony brought the 2019 season to a close on a festive note, celebrating the highlights of the discipline over the last 12 months and rewarding riders who have stood out.

A Fans’ Award was also attributed for the viral video of the season. The prize went to the Beefeaters’ sequence.  This shows a group of British supporters leading a multi-national group of spectators in an impromptu dance to some euro-pop music on the col du Galibier during the 18th stage of the 2019 Tour de France.

Finally, the cycling family honoured Greg LeMond (USA), awarding the 58-year-old with the UCI President’s Trophy to celebrate the 30th anniversary of his historical UCI Road World Championships – Tour de France double, achieved in 1989. With this award, the UCI wished to give wider recognition to a champion for his exceptional career.

In total, 17 prizes were awarded during the 2019 UCI Cycling Gala.

After the ceremony, UCI President David Lappartient said: “I would like to warmly congratulate everyone who received an award during this magnificent ceremony. All made a major contribution to the success of the past season, and we look forward to seeing them on the roads again in 2020. I would also like to thank our partner Wanda Sports for the organisation of the 2019 UCI Cycling Gala, as well as the Chinese Cycling Association for its support.

“The UCI Cycling Gala acknowledges the achievement of the past season, but also, from this year, a champion who has written some of the best pages of our sport’s history. This symbolizes the nature of road cycling which is as popular as ever and as enthusiastic about its future as it is attached to its heritage.”