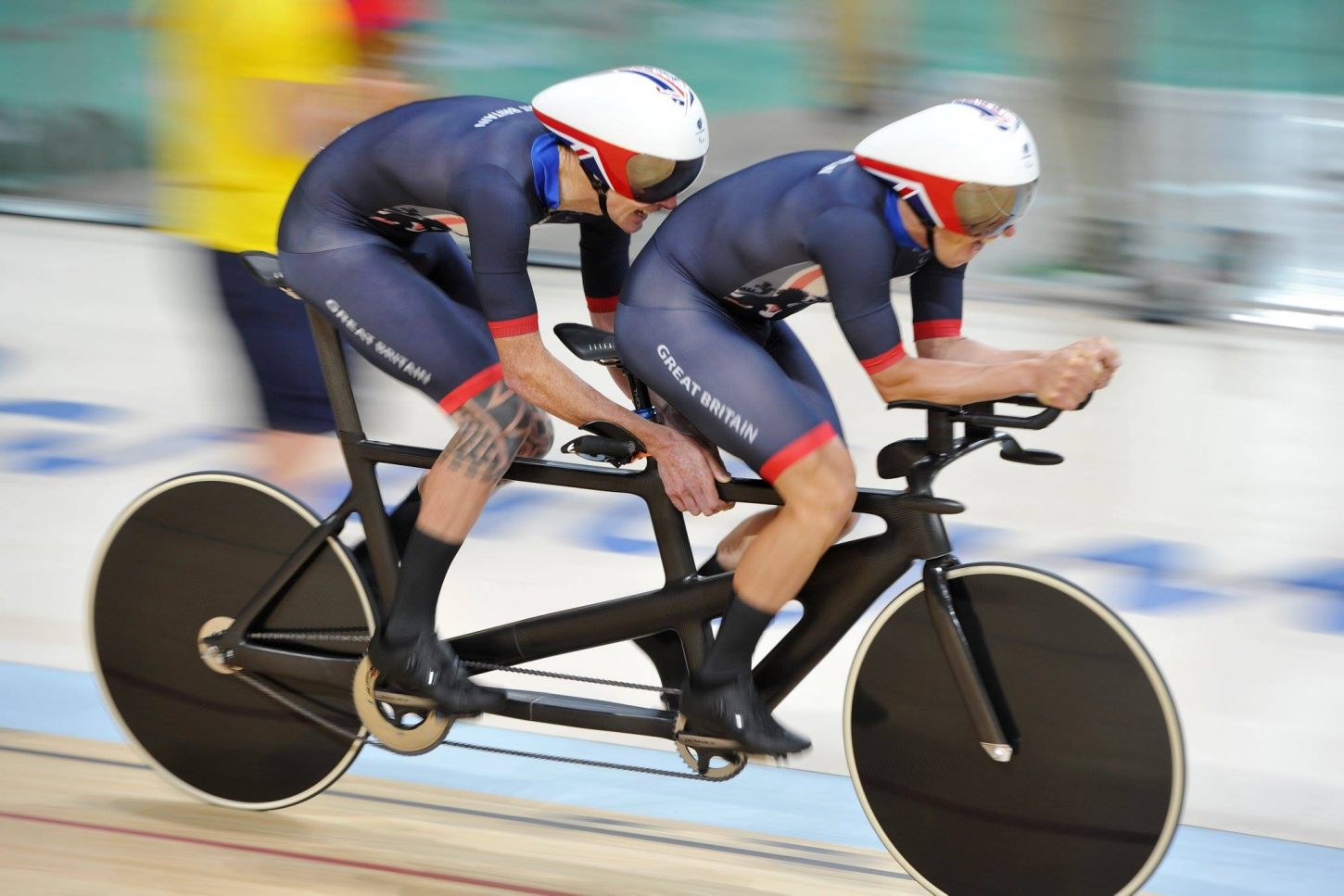 Hot on the heels of the 2019-2020 Tissot UCI Track World Cup last weekend, the Mattamy National Cycling Centre in Milton, Canada, is ready to raise the curtain on the 2020 UCI Para-cycling Track World Championships, running from Thursday 30 January to Sunday 2nd February.

After Apeldoorn (the Netherlands) in 2019 and Rio de Janeiro (Brazil) in 2018, the 2020 UCI Para-cycling Track World Championships will feature the best of the planet’s para-cycling talent to decide whose shoulders the rainbow jerseys settle on for this Paralympic year. It’s a packed schedule over the four days; here are some riders and battles to watch out for.

The Women’s C1, C2 and C3 500m time trials are followed by Men’s 1km time trials and Omnium events for Men and Women C1-C5, featuring many of the leading riders in each class who are competing across multiple events in the Championships.

For the WB 3km individual pursuit, what a thrill to have the standard of competition set by Emma Foy of New Zealand (2019 gold medallist and ranked number 1), Belgium’s Griet Hoet (2019 silver medallist), multi-event medallist Larissa Klaassen of the Netherlands, and Great Britain’s Lora Fachie (2019 bronze medallist).

If anyone can beat Ricardo ten Argiles of Spain in the Men’s C1 15km Scratch Race it might be Ross Wilson of Canada or Pierre Senska of Germany. In the MC2 Scratch Race, Canadian Tristen Chernove is set to start as home favourite from Australia’s Darren Hicks and Ewoud Vromant of Belgium.

In the Women’s C4 3km individual pursuit the Australian pair of Emily Petricola and Meg Lemon (first and third in 2019 respectively) and Jianping Ruan of China, 2018 winner, are the ones to watch. In the WC5 individual pursuit Great Britain’s iconic Dame Sarah Storey is due to start as favourite, but can Caroline Groot of the Netherlands, Britain’s Crystal Lane-Wright or New Zealand’s Nicole Murray upset that?

WB 1km time trial Final: UCI World ranked no 1, 2019 gold medallist Emma Foy (New Zealand), silver medallist Griet Hoet (Belgium), and bronze medallist Lora Fachie (Britain) are all set to line up in the tandem TT for riders with visual impairment, as are the Netherlands’ Larissa Klaassen and Great Britain’s Sophie Thornhill (UCI World ranked no 2) – it’s wide open. In last year’s Men B 1km time trial final it was hard to separate James Ball and Neil Fachie as the Britons finished 1-2 ahead of Dutchman Tristan Bangma in Apeldoorn… could these three all figure again in Milton?

In the Women’s C1-2 10km Scratch Race, top ranked Amanda Reid of Australia and Sini Zeng of China feature in the first of the mass start Scratch Races. The WC3 Scratch Race should see Aussie Paige Greco and German Denise Schindler against Xiaomei Wang of China and 2017 UCI World Champion Anna Beck of Sweden. For the WC4 Scratch Race Emily Petricola and Meg Lemon (Australia) and Jianping Ruan (China) should figure while Canadian Marie-Claude Molnar will be driven by home support. In the WC5 Scratch Race, Britain’s Dame Sarah Storey is once again the rider to beat… she loves rainbow stripes and is aiming to qualify for her eighth Paralympic Games.

Day 4: Scratch Races and tandem sprints round out the Championships

Forty-eight riders are on the provisional start list for the mixed M/WC1-5 750m team sprint, with the teams of three riders progressing to the final. USA have great strength in depth, but that won’t phase the riders from China, Belgium, France and elsewhere…

In the finale events, WB sprint finals, the medals may come from the quartet of Great Britain’s Sophie Thornhill, Griet Hoet of Belgium, the Netherlands’ Larissa Klaassen  and Katie-George Dunlevy from Ireland. And in the Men’s equivalent, MB sprint finals, expect more fireworks from the likes of the Nethelrands’ Tristan Bangma and Vincent ter Schure; the two Brits, Neil Fachie and James Ball; and the Polish pair, Adam Brzozowski and Marcin Polak.

However the races play out, we’re sure to have great competition and more stories from the velodrome in Milton, Canada. Keep informed via UCI’s social media feeds.