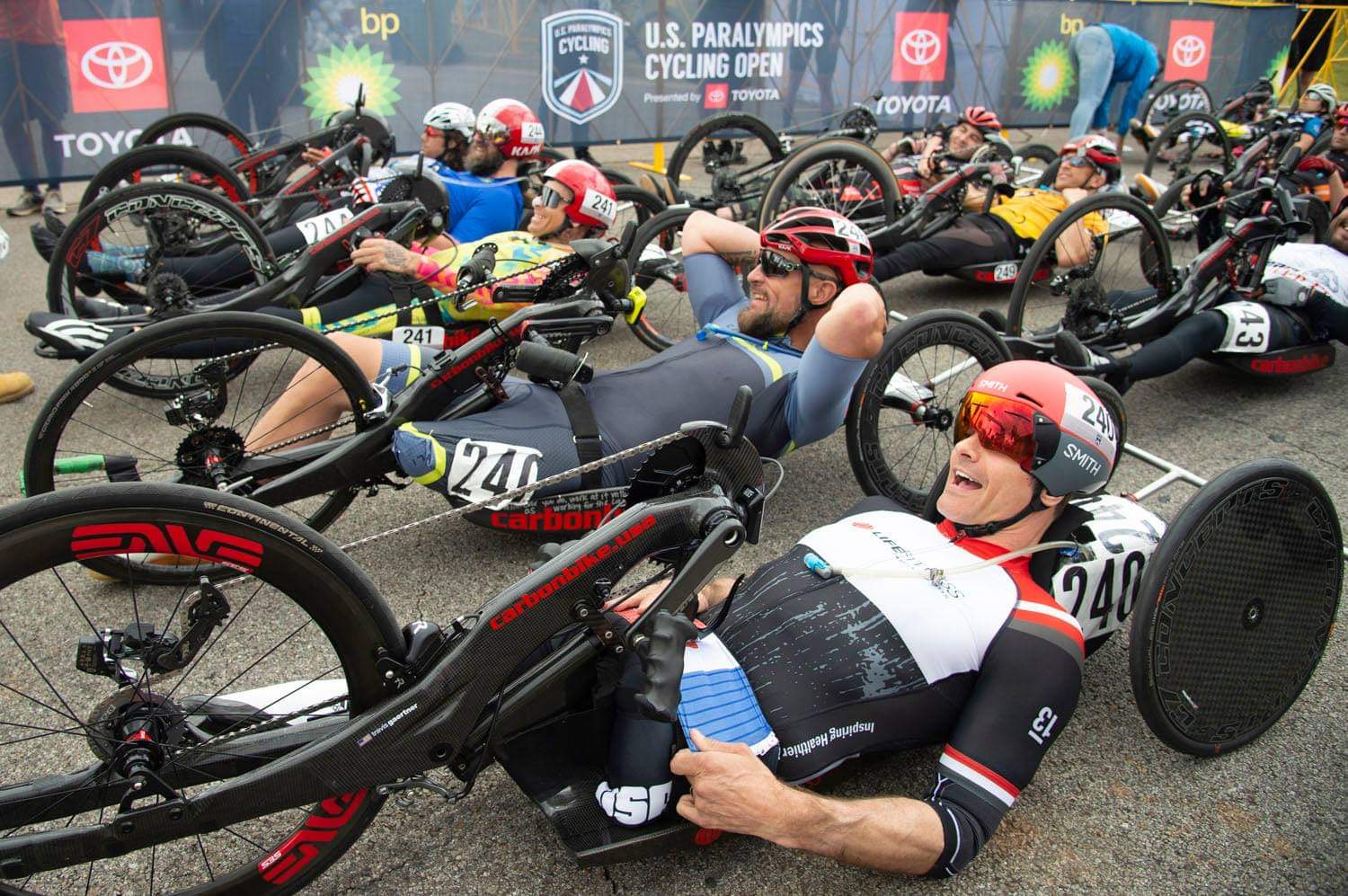 Top-level international para-cycling competition kick starts into action on May 6-9,  with the opening round of the 2021 UCI Para-cycling Road World Cup in Ostend, Belgium. Another round in Marostica / Bassano del Grappa (Italy) will follow at a date to be announced.

The para-cycling season’s other highlights will include the five-day 2021 UCI Para-cycling Road World Championships, on 9-13 June (Cascais, Portugal), brought forward from its original August date, and of course the Tokyo Paralympics, which run 24 August – 5 September, following their postponement from summer 2020. The road cycling events are scheduled for August 31 – September 3 at the Fuji Speedway, following the track cycling competitions at the Izu Velodrome (August 25-28).

The prospects are exciting after an extended period with very few racing opportunities: due to the coronavirus pandemic, no rounds of the 2020 UCI Para-cycling World Cup could be held, and the 2021 UCI Para-cycling Track World Championships, which were to have taken place in Rio de Janeiro (Brazil) in March, were also cancelled.

For many para-cyclists, who have had to adapt training during lockdown and restrict racing to local and national competitions, the trip to Belgium will be a welcome return to the international scene. Some are preparing at the Paracycling Classics Ronde in Flanders Brugge-Ronse (road) which brings many friends and competitive rivals together in Belgium just days ahead of the 2021 UCI Para-cycling Road World Cup.

Ostend hosted the middle of three rounds of the 2019 UCI Para-cycling Road World Cup, and expectations of an exciting spectacle are high. “The event will get lots of media attention, with the live broadcast via Livestream of both the women’s and men’s elite races as a highlight,” promises the event’s Founder and Chairman, Alain Demortier.

The road races and individual time trials (ITT) across multiple sport classes – handbike, tricycle, cycle and tandem – for men and women will be contested on a 10km out-and-back circuit along the Zeedijk seafront. After the ITTs on Thursday 6 and Friday 7 May, the road events the following two days will be raced over distances ranging from 30km up to 90km (WB) and 100km (MB). The competition programme finishes with the now traditional and exciting handbike mixed team relay (M/WH1-5): a short 2.4km loop to be completed 9 times for a total distance of 21.6km.

Many of the UCI World Champions who earned their rainbow jerseys in 2019 are amongst the strong field due to descend on Ostend. While their preparation has been varied the passion seems universal.

Triple MH5 road race UCI World Champion Tim de Vries (NED) has been preparing at altitude for 10 weeks, including time in the Sierra Nevada, Spain, and is now ready to head back north:

Ireland’s 2019 WB ITT UCI World Champion Katie-George Dunlevy explained back in February: “I’ve really missed the adrenaline rush and excitement of competition, and am looking forward to competing again, I am driven to show the world what myself and Eve [McCrystal, her pilot] are capable of.”

After winning silver in the 3 kilometer pursuit at the UCI Para-cycling Track World Championships in Milton, Canada, in February 2020, the pair flew back home to train just as the Covid-19 pandemic hit, whereupon Katie-George got ‘locked in’ with Eve: “I became part of the family for five months and we trained hard. I was disappointed that all the competitions were then cancelled, but we didn’t slow down; in fact being together for so long was a great benefit to our training.”

Along with her USA team-mates including Oksana Masters, Ryan Boyle and Bryan Larsen, Multiple WC4 UCI World Champion on the road and track Shawn Morelli is loving being back in competition at home in America, and is amongst the full complement of USA para-cyclists on the start list for Ostend.

The reigning WC4 road race UCI World Champion’s enthusiasm about being back doing what she loves – racing bicycles – speaks volumes, and the rest of the para-cycling community follows suit.

Each group includes racing for Men (M) and Women (W) and is divided into different sport classes depending on the severity of the disability.