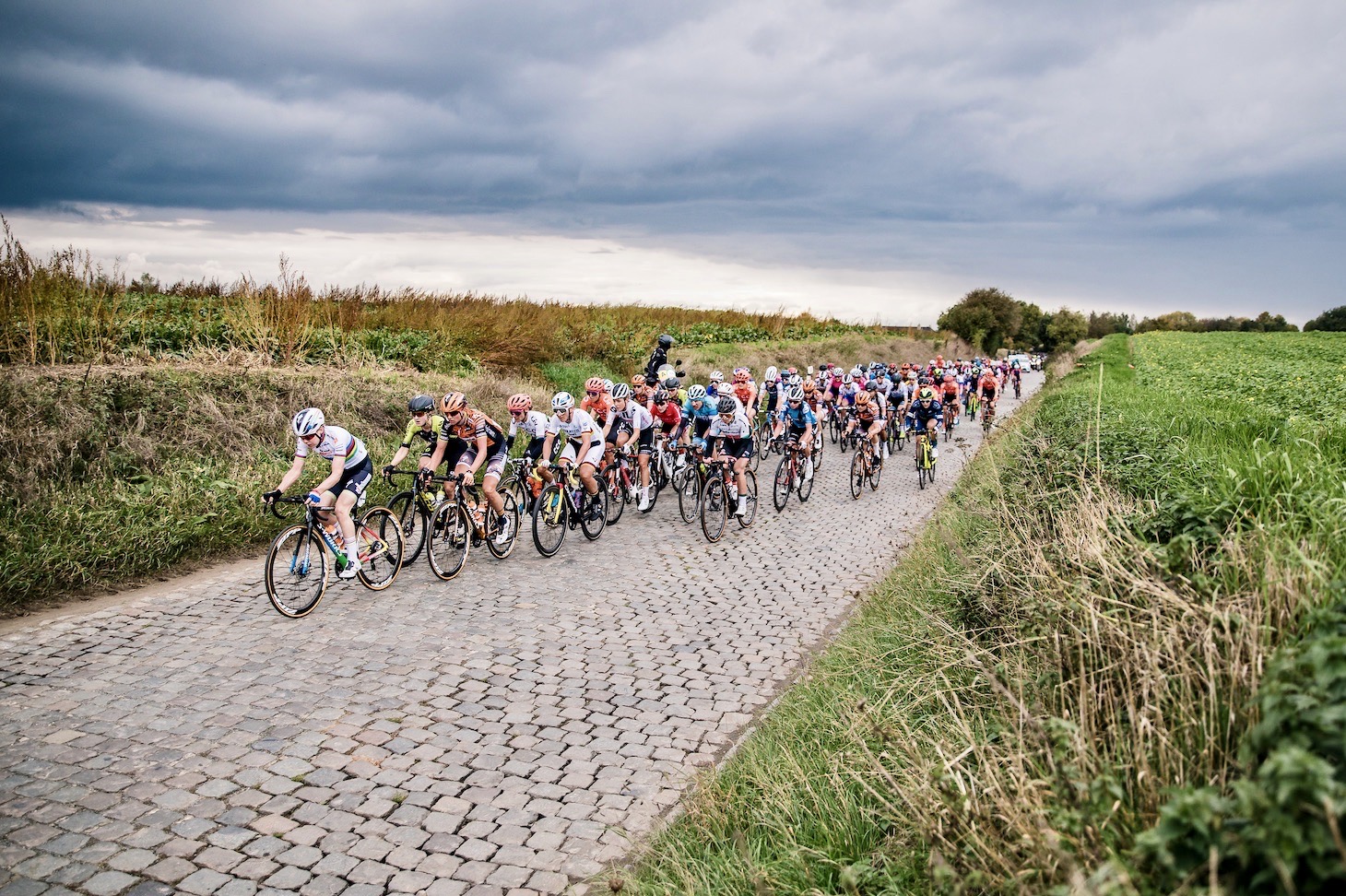 With 19 teams, 548 riders, 33 events, and countless thrills all around the globe… the 2021 UCI WorldTour is set to kick off in the Middle East with the UAE Tour (February 21-27) and in Europe, as the Omloop Het Nieuwsblad Elite launches the Classics season on February 27.

Returning to action after a revised 2020 season due to the Covid-19 pandemic, everyone looks eager to battle. Teams and riders didn’t have much time to rest, reset and prepare for the 2021 season after a later-than-usual end to the previous campaign, but they have quickly shown their intentions on the first road races of the season, despite the cancellation of the Australian events, Santos Tour Down Under (January 19-24) and the Cadel Evans Great Ocean Road Race (January 31).

Australian riders were still able to shine Down Under: Luke Durbridge won the Santos Festival of Cycling with the local Team BikeExchange outfit (formerly Mitchelton-Scott) while Richie Porte flew to another victory on the slopes of Willunga Hill, this time with Team Garmin-Australia. The Aussie star is set to wear the blue and red colours of Ineos Grenadiers at Paris-Nice as he returns to the British team five years after he left the squad (then Team Sky)

Meanwhile, seasoned riders took over the roads of Provence, in the south of France, as they prepared for their first UCI WorldTour events of the season. Eleven UCI WorldTeams participated in the 2021 Étoile de Bessèges (Class 2.1) alongside UCI ProTeams and UCI Continental Teams.

Riders from the UCI WorldTour won four of the five stages – only Timothy Dupont (from UCI ProTeam Bingoal WB) edged them on day 2. Overall, Tim Wellens (Lotto Soudal) dominated the race ahead of seven other riders from the UCI WorldTour, including UCI World and Olympic Champions such as Michal Kwiatkowski (Ineos Grenadiers) and Greg van Avermaet, riding for the first time with his new team, AG2R Citroën Team

The Belgian star is one of a number of riders who have changed teams and AG2R is among the teams to have received the support of new title sponsors for the 2021 season. In France, Van Avermaet will ride with Bob Jungels, coming from Deceuninck – Quick-Step, while Romain Bardet moves to Team DSM (formerly Team Sunweb). Meanwhile, one of today’s biggest talents, Marc Hirschi, moves from Team DSM to join the Tour de France winner Tadej Pogačar in the UAE Team Emirates ranks.

Roglic: “How do I reach my limits?”

The 19 UCI WorldTeams are set to participate in 33 events across Europe, Asia and America: 19 one-day races and 14 stage races, including the three Grand Tours (Giro d’Italia, Tour de France, and Vuelta Ciclista a España). On most occasions, they’ll be vying with Mathieu van der Poel’s Alpecin-Fenix, which dominated the UCI ProTeam rankings in 2020, and other invited teams.

After the UAE Tour and the Omloop Het Nieuwsblad Elite, the temperature will keep rising with the young but already iconic Strade Bianche (March 6) and the “race to the Sun”, Paris-Nice (March 7-14), where Jumbo-Visma’s Primoz Roglič is expected to return to racing after dominating the UCI World Ranking the last two seasons.

“I want to be number 1 but honestly, what I like is everything that leads there,” the Slovenian champion told L’Equipe on the eve of the new season. “How do I reach my limits?”

A versatile and ambitious programme of races will present the 31-year-old with many opportunities to see what mark he can leave at the summit of cycling after climbing on the podium of all three Grand Tours (two victories at La Vuelta, 2nd at the Tour de France, 3rd in  the Giro) and winning a Monument (Liège-Bastogne-Liège, in 2020).

Among his many goals, Roglič aims for the Olympic Games in Tokyo, nestled between the Tour de France and the Canadian UCI WorldTour races (Grand Prix Cycliste de Québec and Grand Prix Cycliste de Montréal). But there are dozens of potential champions who dream of success on the biggest stages of road cycling…. it’s time for them to shine!