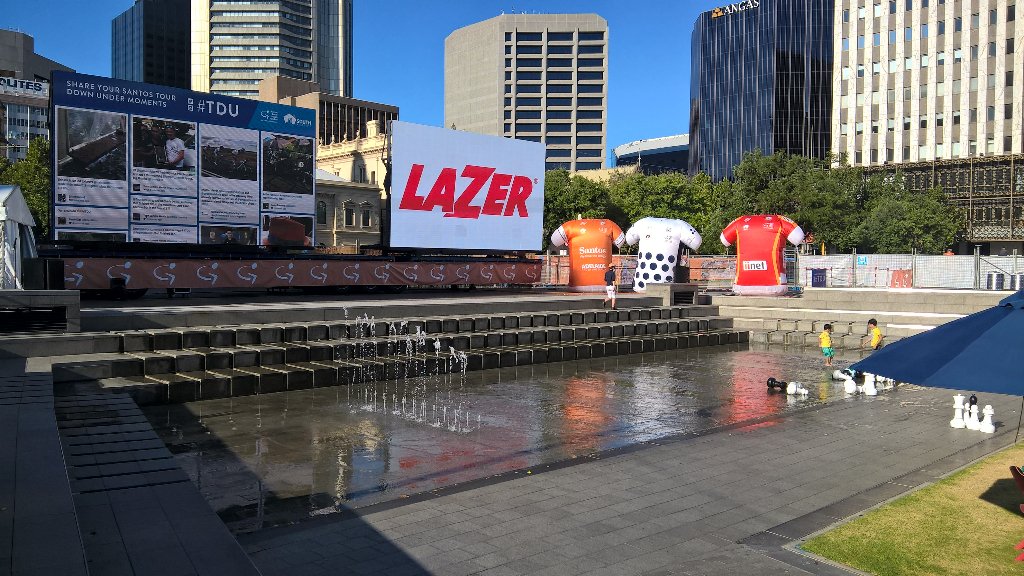 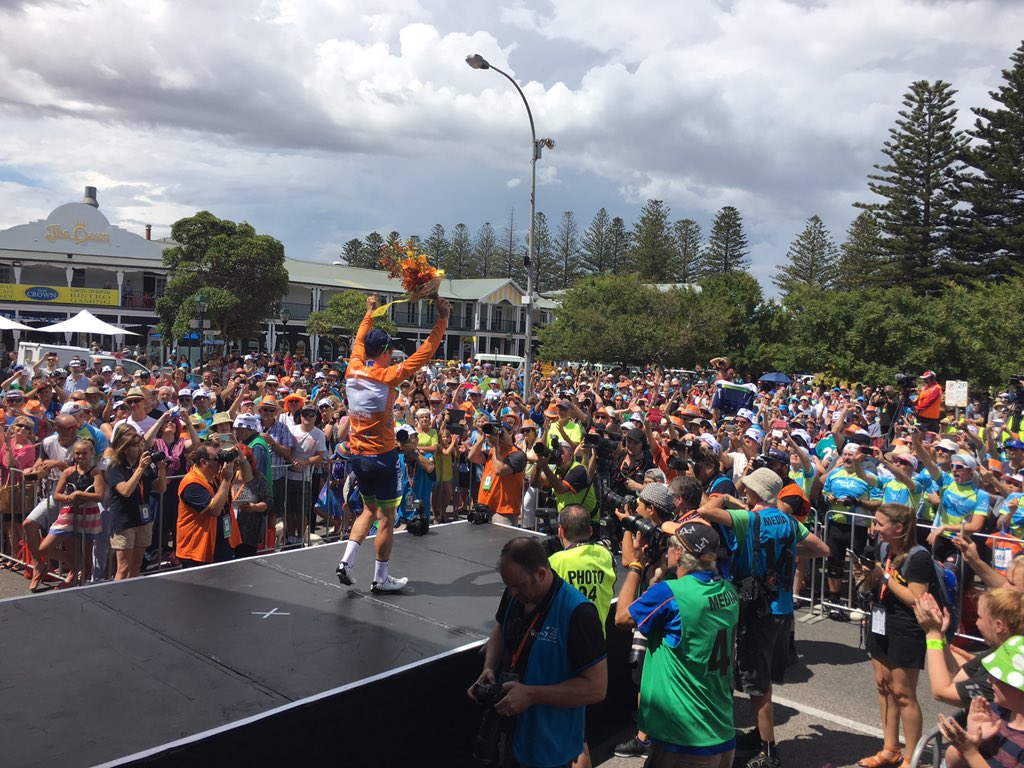 Gerrans wins back-to-back stages at Santos Tour Down Under

Simon Gerrans has taken his second consecutive stage win at the Santos Tour Down Under to extend his overall lead heading into the queen stage tomorrow.

Gerrans, a three-time champion of the Australian WorldTour race, arrived at the finish in Victor Harbor with a reduced bunch of 60 riders after a climb with 20km remaining saw some of the field lose contact.

“I’m absolutely thrilled with that,” Gerrans said at the finish. “I think I have caught a few people by surprise there, myself included.”

“I had a really good run into the finish. I have a few Tour Down Under races under my belt now so I do know that finish quite well, as does Daryl who led me out today, so that really worked in our favour.

“The guys are just doing everything we are asking of them and some. The work they did at the start of the stage for the first intermediate sprint and then again the lead out that Daryl gave me in the final; it’s making me look really good.”

The ten bonus seconds on offer for a stage win and three further seconds earned on the first intermediate sprint, after some hard work in the first 30km of stage four, will see Gerrans go into the all-important Willunga stage with a 14second advantage over Jay McCarthy (Tinkoff) and 26seconds on Rohan Dennis (BMC Racing).

“I still have to be very very attentive going into Willunga tomorrow,” the 35-year-old said. “We have a nice little buffer, but there is still a heck of a lot of work to be done.”

“The jersey has changed hands many times up Willunga hill so we will still have our work cut out for us.

“It’s not in my interest to attack at all, I’ve really got to try to defend this jersey. It’s up to the other guys to drop me and get a bit of time on the climb now but the way my team is riding and supporting me, it gives me a lot of confidence going into tomorrow.”

ORICA-GreenEDGE sport director Matt White again credited Gerrans’ form and the efforts of the team, particularly in pursuit of the early bonus seconds.

“The selection today was bigger than we thought,” White said. “Most of the sprinters were gone and those who did scramble back were toast. And is Simon the fastest guy in that scenario, yes he is.”

“Earlier in the day, the guys put in a really taxing effort for that first intermediate sprint. All of the teams knew what we wanted and they really gave it to us was attacks but the guys were incredible.”

With a climb up Norton Summit immediately after the start of stage four, the early action in the peloton was the most active of the Tour so far.

But eager to pick up bonus seconds from the first intermediate sprint after 30km of racing, ORICA-GreenEDGE set a solid pace up the climb and shut down any early moves.

The effort proved worthwhile as they pulled the race back together and Gerrans picked up the maximum three-second bonus ahead of Jay McCarthy who picked up two.

Then a group of three riders, including Pat Shaw (UniSA Australia), David Tanner (IAM Cycling) and Alexis Gougeard (AG2R La Mondiale), escaped off the front and rode out to almost six minutes advantage.

With Shaw and Tanner both within two minutes of the race leader, ORICA-GreenEDGE pulled the break back to a more comfortable distance of between two and three minutes.

By the climb in the last 20km, the race was back together until the ascent again broke the peloton into groups. The second group managed to work its way back to the front bunch ahead of the reduced bunch sprint where Impey gave Gerrans the perfect stage set up.