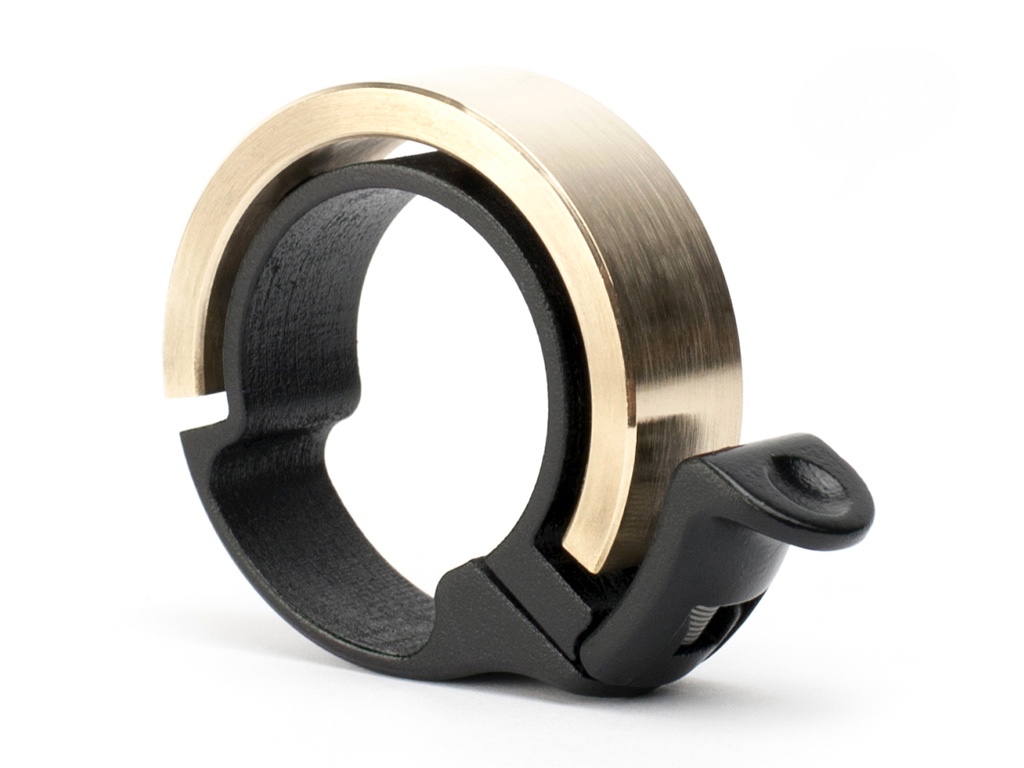 02 Mar 2016
By Campionissimo - In LATEST ARTICLES, THE DOUBLE DIAMOND

The Australian brand, Knog, which is known for its inventive bike lights and locks, has turned to a crowd-funding campaign as a means of getting its unconventional Oi bike bell into production.

According to Knog, bike bells have been “domed” since they were invented in 1877. And, while we’ve since sent man to the moon, cloned a sheep, and created hundreds of different styles of beautiful bicycles, changes to the traditional bike bell have otherwise remained unimagined all of this time.

Given its slim design which wraps around the handlebar, the Oi doesn’t protrude out or take up any real space.

In fact, it appears to be so small, that it virtually goes unnoticed.

“We wanted to reinvent what the humble bicycle bell was,” says Knog founder Hugo. “We wanted to design a product that was sympathetic to all bikes, that looked great on vintage bikes, all the way through to road bikes.

There are two Oi bell sizes, a small for 22.2mm diameter bars, and the large for 31.8mm handlebars. Both have a 15mm wide clamp, with a single screw that secures it in place. The clamp expands to fit around the handlebars. The bell also has a “cable management system” so it can be fitted over cables running along the handlebar.

So, how exciting does the Oi appear to be? About as exciting as any bike bell could be. But, having one might just save your arse from an accident.