$25,000 Gets You the Military Grade Trefecta DRT eBike 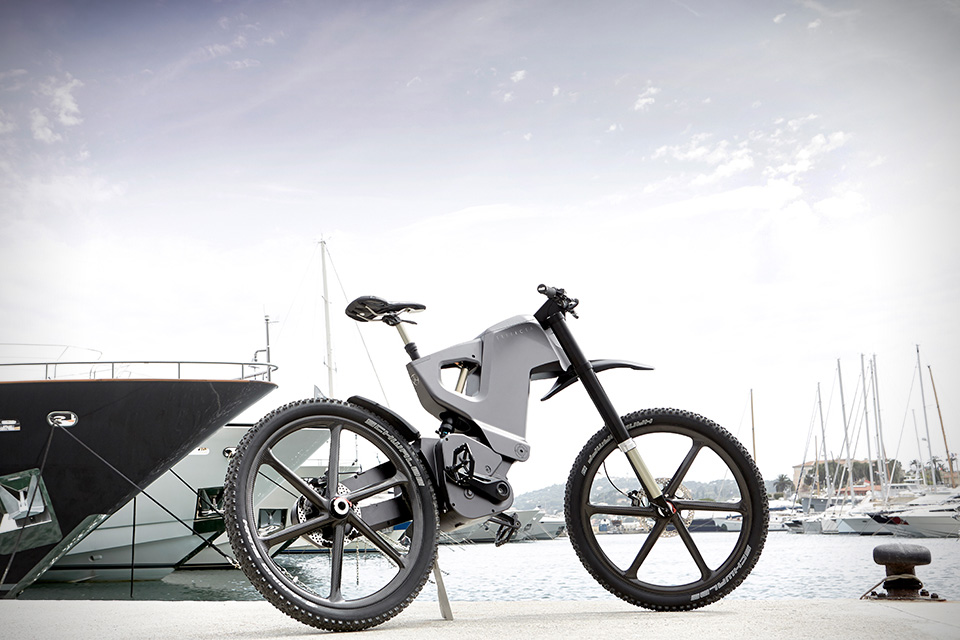 27 Jun 2016
By Campionissimo - In LATEST ARTICLES, THE DOUBLE DIAMOND

If you’re one of those cyclists who feels the streets have become nothing less than a combat zone, then perhaps a military grade eBike is something that’s warranted.

Indeed, for $25,000 cyclists can now head into battle onboad Trefecta’s DRT eBike, which features a powerful 4-kW motor, a SmeshGear transmission and a 14 speed Rohlof Speedhub that seamlessly finds the happy medium between battery and pedal power, while cleverly managed by a pedelec system that gives cyclists a boost in power when whenever they encounter one of urban cycling’s enemy combatants in the field.

According to Trefecta, the DRT is capable of a top speed of 43+ mph, thanks to the 184 lb-ft of torque sent to the rear wheel, which is capable of conquering gradients upwards of 45 percent.

The DRT’s frame is built from 7075 aluminum and has rejected the conventional tubed frame approach for a brawny, block like design. Needless to say, the radical approach was developed with military applications in mind, with the objective of creating a sturdy and stable platform, capable of completely protecting the bike’s vulnerable electrical components on the inside, while also being able to withstand the elements – basically, it had to be indestructible. Along with aluminum, Trefecta also used a liberal amount of carbon fiber, particularly for the wheels, in order to keep the overall weight down.

As far as controls are concerned, the DRT has an intelligent onboard fly-by-wire computer system featuring automatic gear shifting, electronic gear selection and suspension and shock absorption settings; of course, it also comes complete with a battery life gauge, speedo and other trip recording functions. In addition, the gadgetry also includes Bluetooth and Wi-Fi that connects with the Trefecta’s own iOS app and other smartphone GPS and fitness programs.

Additionally, the DRT’s 60 volt, lithium ion battery provides a range of around 62 miles without pedaling; combine that with an optional extra battery that can be switched on using a clever quick swapping system and the range can be doubled. Furthermore, the battery can be fully charged in approximately three hours, however, there’s is a built in regenerative braking system that provides a little extra charge while on the go.

While the DRT is not the fastest eBike out there, it’s off-road capabilities combined with its ability to carry up to 353 lb of rider and gear, makes it arguably the most effective eBike when it comes to active duty. Moreover, the DRT can fold down into a tidy carry-case, and it carries-forth Trefecta’s guarantee of a 31,000 mile lifespan.

Roger that, riding through rush hour traffic and the ability to neatly stow one’s bike away has never been so strategic.