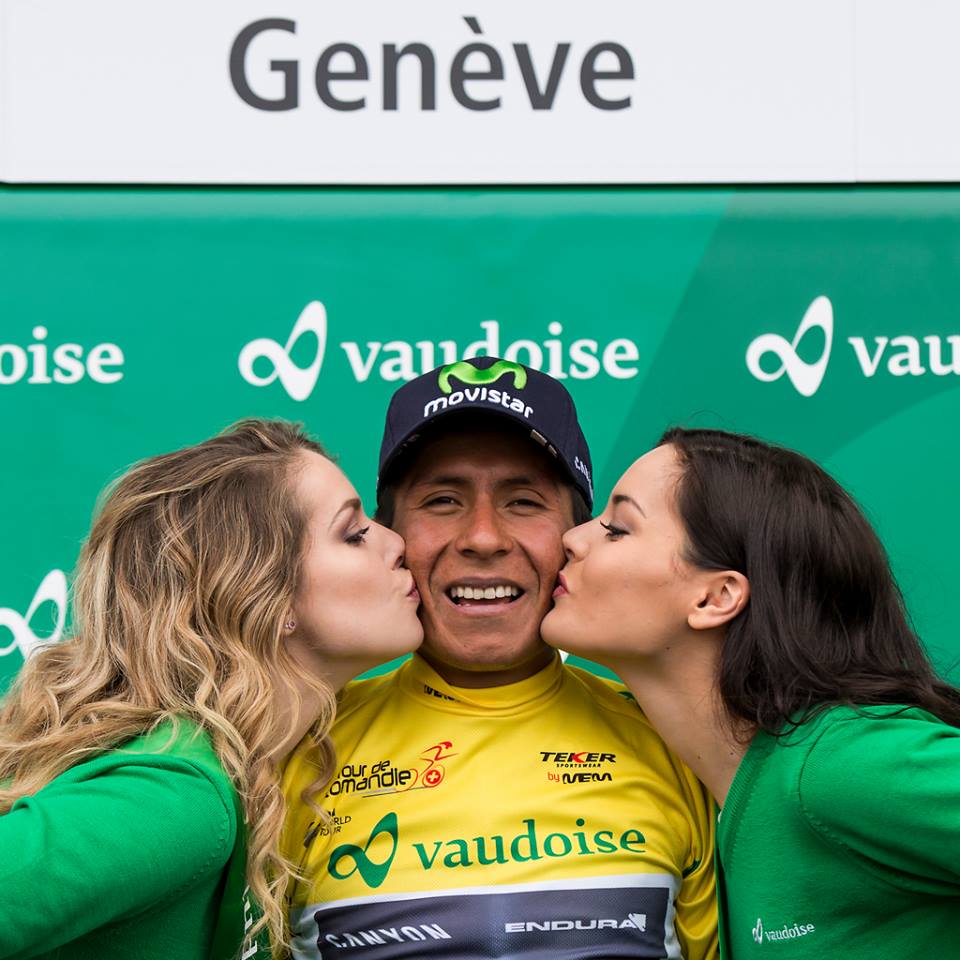 Nairo Quintana (Movistar) won the overall victory in the Tour de Romandie today, after the Movistar rider finished safety in the peloton to secure the overall title.

Albasini was one of four surviving riders from the day’s breakaway group, along with Carlos Verona (Etixx-QuickStep), Andrey Amador (Movistar) and Wilco Kelderman (LottoNL-Jumbo).

Previously, the quartet was caught and passed by Tom Bohli during the closing 600 meters, after the BMC rider had attacked from out of the peloton. However, Albasini managed to latch onto the Swiss rider’s wheel, successfully using him as a lead-out for his sprint.

From there, the breakaway group went on to establish a modest advantage of around two minutes over the peloton.

Froome would later attempt to shatter the unity of the breakaway group, with an attack along the day’s final climb with 36 kilometers remaining.

However, the British rider was unable to shake his fellow breakaway companions.

It wasn’t until Verona attacked, that the group truly splintered, allowing the final quartet to ride clear of the group, with Albasini emerging victorious during the final sprint for the line.