The Italians are Coming as in EPOCA Bikes 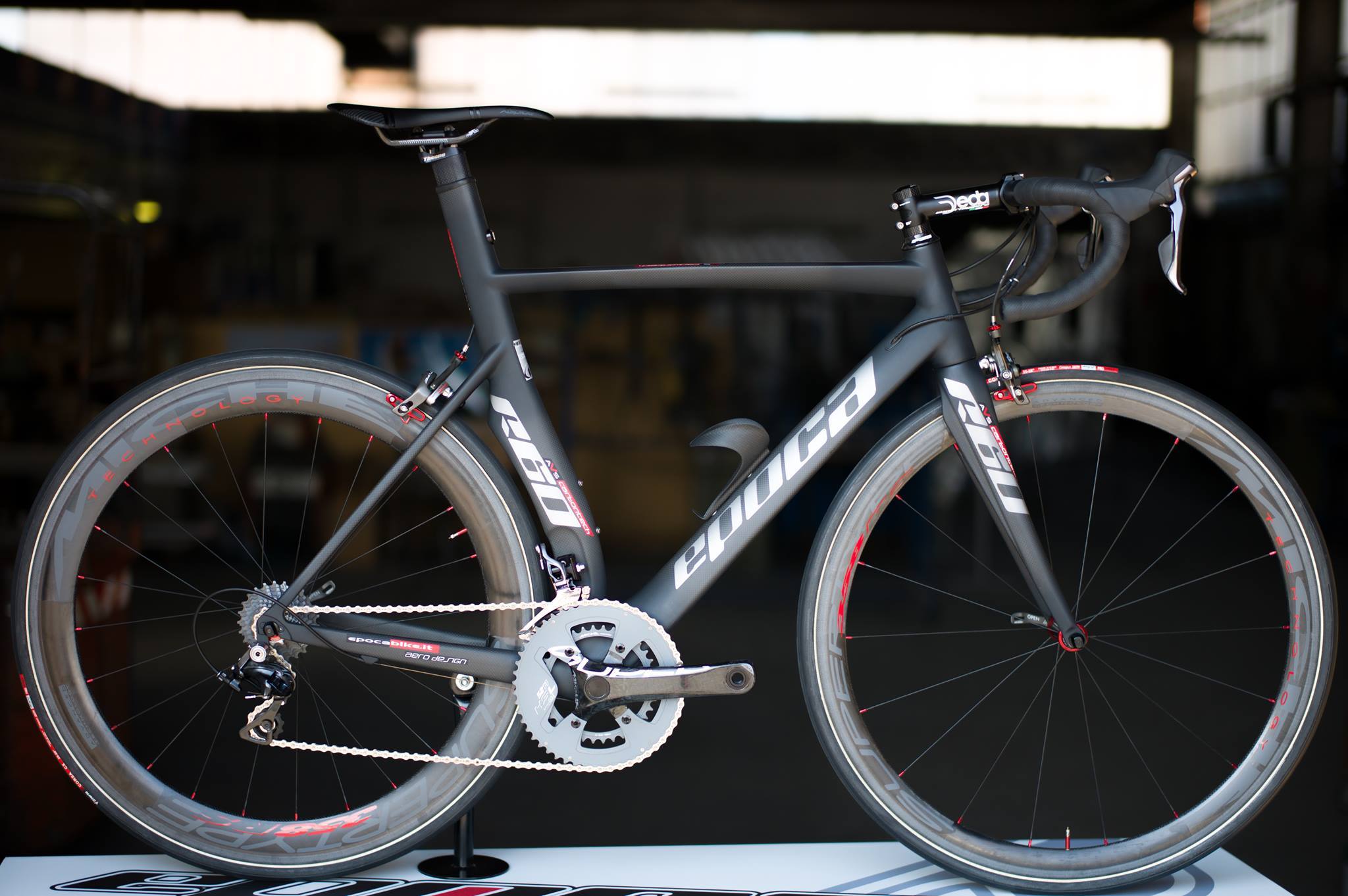 The Italians are coming to these shores, as in EPOCA Bikes.

According to Steve Smith of BraxSports, the brand’s official importer for North America, EPOCA’s new range of carbon bikes, which are made entirely in the brand’s own facility in the heart of Italy’s most famous bike manufacturing region, Veneto, have arrived.

Smith says, EPOCA’s intricate fabrication process involves the use of handmade “tube joints” built with precision mitered face to face construction, which are tapered via a special adaptive resin process, along with an over sized BB shell, a Kevlar injection rear triangle with slim seat stays that are parallel with the downtube and specially designed tube profiles, that enables them to custom make each frame based on geometry and desired ride characteristics.

EPOCA’s heritage can be traced back to 1952 – as part of a “terzista” (a terzista is a company that manufacturers products according to another company’s specifications), that in the past made frames for many of Europe’s most prestigious marques.

When many of the brands decided to outsource to the Far East, EPOCA’s parent company, La Ver Mec., decided to create the new marque –  which until now was anonymous.

Other frame offerings from EPOCA, include steel, titanium, stainless steel and aluminum.

BraxSports has already begun importing and distributing EPOCA for the North American market, and is working closely with the Italian brand to unveil its latest flagship model, the RS99.

Fortunately for us “yanks”, we won’t have to sit on the sidelines waiting for scrapes from Europe this time, as BraxSports has us covered.