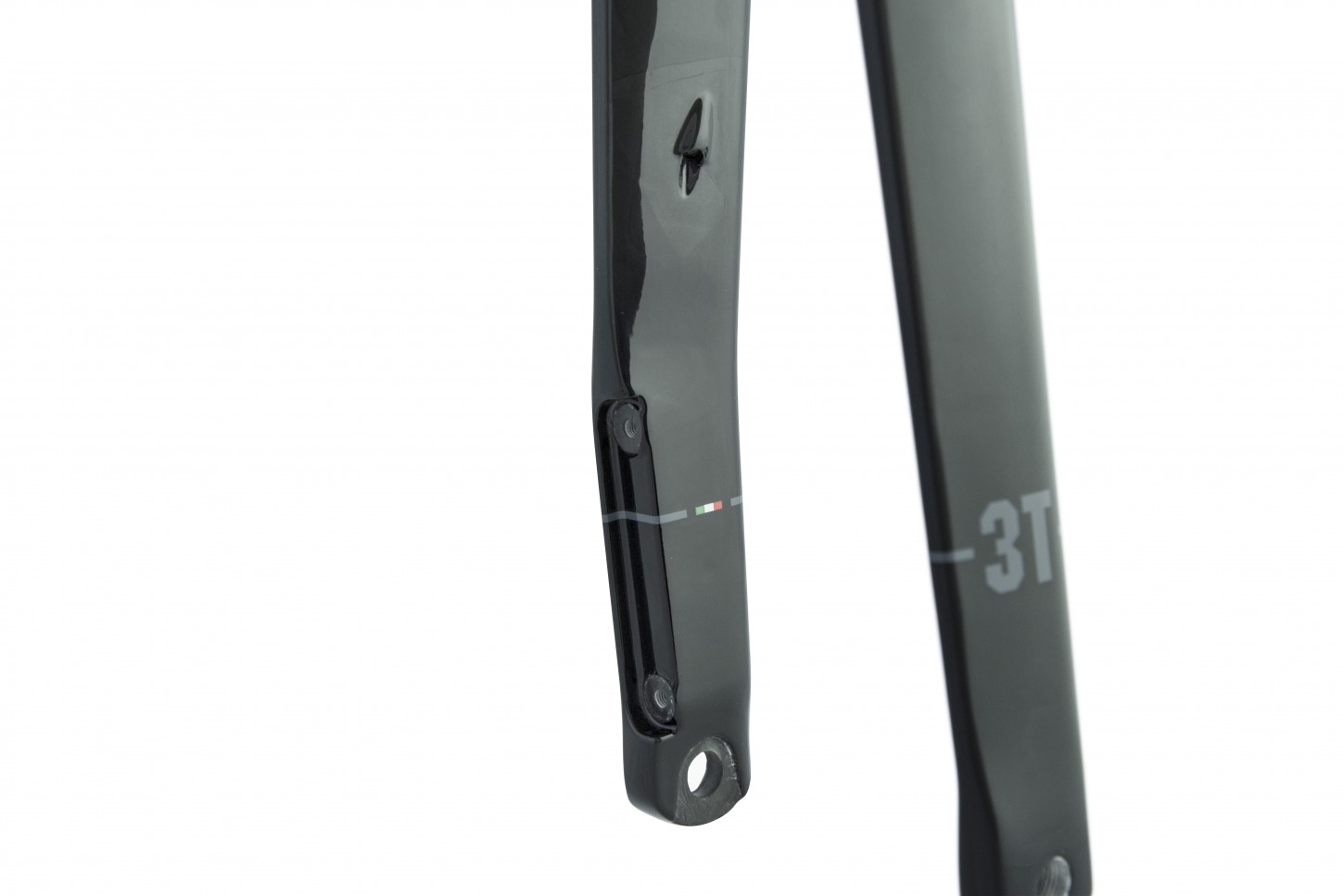 3T announced the launch of its new Fundi disc brake carbon fork today, which is not to be confused with the Italian brand’s current Fundo model. How’s that for confusione!

As expected, the new Fundi was designed to work alongside 3T’s Exploro “gravel bike”, offering integrated flat-mount disc brake and 12mm thru-axle capabilities, along with enough clearance to accommodate 700c tires up to lateral and vertical clearances of 30mm+ and 34+mm respectively.

The Fundi feature 3T’s Sqaero technology, wherein the shape and profile of the fork legs have been optimized to provide ultra-low drag, especially on the left side of the fork which supports the flat-mount disc brake assembly.

Other features include, a 43mm fork rake, a shorter axle-to-crown measurement, as to create a more minimal stack height in order to keep overall height of the Exploro’s front end low, as well as internal brake routing, with the entry point located at the left-side of the fork crown for    easy accessibility and a clean look.

In addition to it’s own Exploro, other brands opting to use the Fundi on its bikes, is Italian newcomer T-Red, which in 2016 won a design award for their range of carbon, steel and titanium models, as well as the venerable Sarto brand.

According to 3T the Fundi Team weighs in at a respectable 400g, and it will retail for around $575, with availability starting in August.