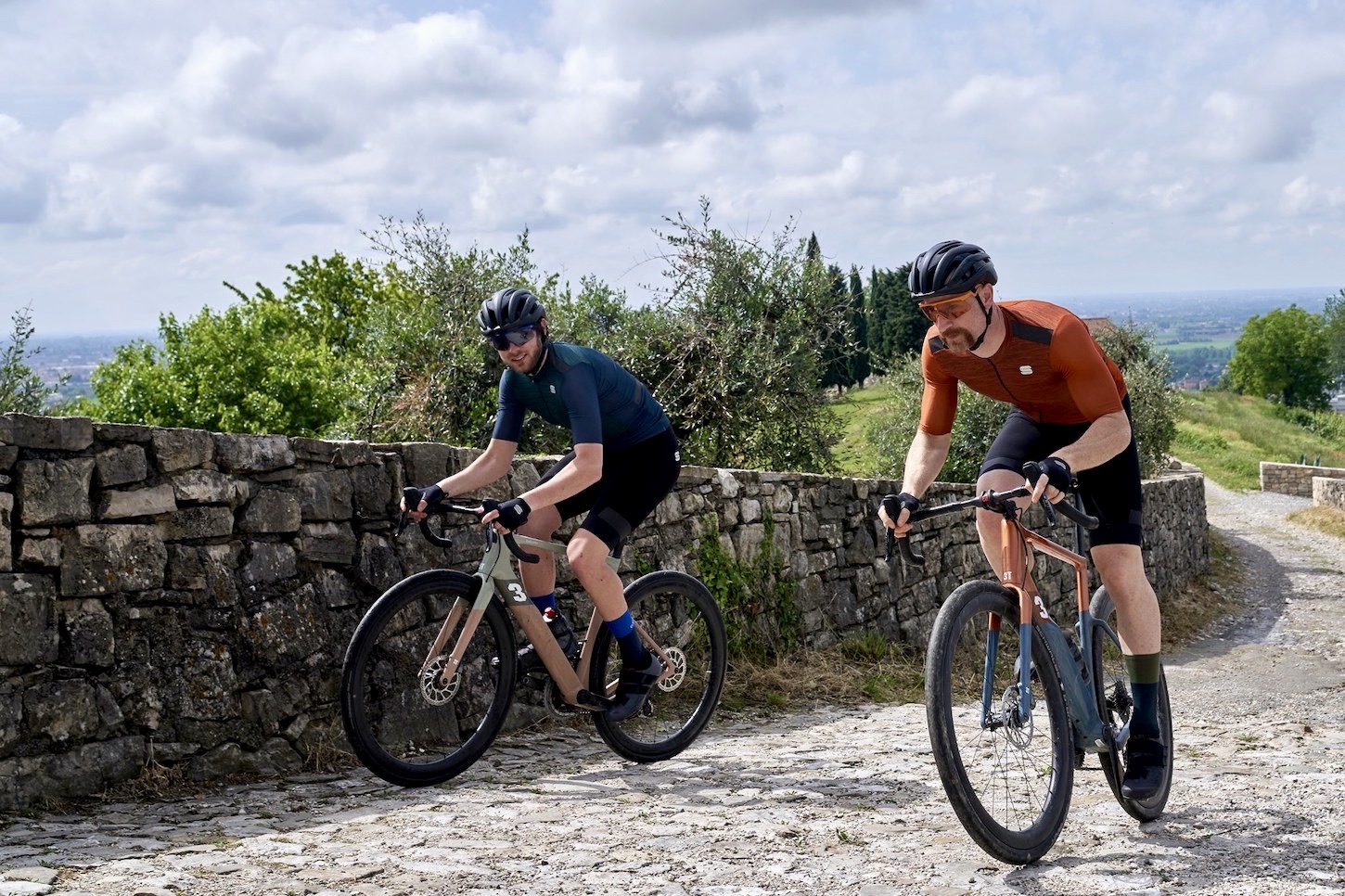 12 May 2021
By Gianni Pericolo - In FEATURED ARTICLES, LATEST ARTICLES, THE DOUBLE DIAMOND

3T has given its popular Exploro Racemax a jolt of power with the launch of its Racemax Boost e-bike, treating gravel grinders and bikepackers to a slyly hidden electric motor that can lend some assistance when the terrain gets tough.

“The Exploro Racemax Boost e-bike is perfect for gravel & all-road riding. It’s light yet tough, agile yet planted and fast yet fun.This makes the Racemax Boost a great range-extender on your gravel adventure. Or it can help you keep up with faster friends on road and gravel rides. It can even be a great commuter: arrive without a sweat, integrate an adventurous workout on the way home,” says 3T.

At the heart of the Racemax Boost is a 250W ebikemotion X35+ hub-drive motor that gets its power from a waterproof charging system that’s neatly tucked into the bottom bracket area. There’s also a range-extending 208Wh Xtra Power battery with its own special cage for tackling even more of the great expanse of the outdoors.

The Racemax Boost shares many of the same features as its regular counterpart such as sizing and geometry, tire clearance and accessory mounts, sans the provisions for a bolt-on top tube bag for the obvious reason of the control button.

Speaking of the control button, the bike features three modes of assistance that 3T describes as:

3T offers the Racemax Boost in three models, all of which share the same frameset and electric powertrain.

The first are two versions that give buyers the choice of either a drop or flat handlebar that’s equipped with a Shimano GRX 1×11 mechanical groupset, alloy stem and handlebar and a 3T Discus 45/40 ultra-wide carbon wheelset for $7000, weighing in at a respectable 27 pounds.

Then there’s the flagship Racemax Boost Ultralight that ups the ante with a SRAM RED AXS 1×12 drivetrain, 3T’s carbon Torno LTD crankset, the brand’s own carbon cockpit and the same Discus 45/40 carbon wheelset for $10,000, tipping the scales at an impressive 24 pounds.