Alonso Confirms No Team for 2015 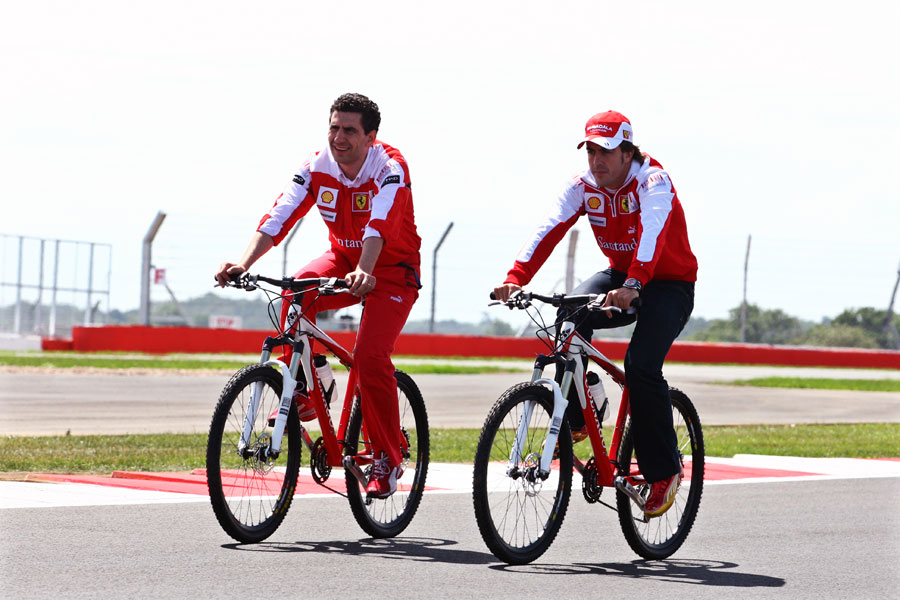 Fast on the heels of yesterday’s public announcement from Paolo Bettini, that any plans for a WorldTour team next year under the direction of Fernando Alonso – were dead in the water, the former F1 champion himself confirmed today – that nothing will "materialize" for 2015.

Speaking at an event in Mexico yesterday, Alonso told the press that he still had hopes for the future regarding the creation of a professional cycling team.

“Certainly my intention and my wish over this past year was to create a professional team but a series of circumstances have taken place,” Alonso said, according to the EFE news agency. “I think I can combine the two sports – motor-racing and cycling – very well, and it’s something I want to do in the future.”

Alonso first publicized the idea of forming a team in late 2013, when he was linked to trying to rescue the failing Euskaltel-Euskadi team. In the aftermath of the Spanish team’s failure, Alonso began work on establishing a team for himself for 2015 season, with former Italian national coach Paolo Bettini hired as his team manager.

However, after a series of high and lows, Alonso announced a partnership with the NOVO Sports Group several weeks back. Still, nothing seemed to materialize, to include missed opportunities at meeting UCI licensing deadlines and officially signing riders.

Then came Bettini’s announcement earlier this week, that he was no longer involved with Alonso’s project.

Speaking to the press yesterday,  Alonso acknowledged that NOVO had a “different vision” to his own, “especially now in the short term. They have other projects in cycling but not exactly the creation of a new team.”

Still, Alonso reiterated his strong belief that cycling could benefit by a lot  of the technology and practices carried out in Formula 1 racing.

“There are things in cycling that F1 is lacking, like sacrifice and teamwork, and then there are things that Formula 1 has and cycling hasn’t, above all technology – the bikes are limited by the rules and they haven’t developed the technology.”