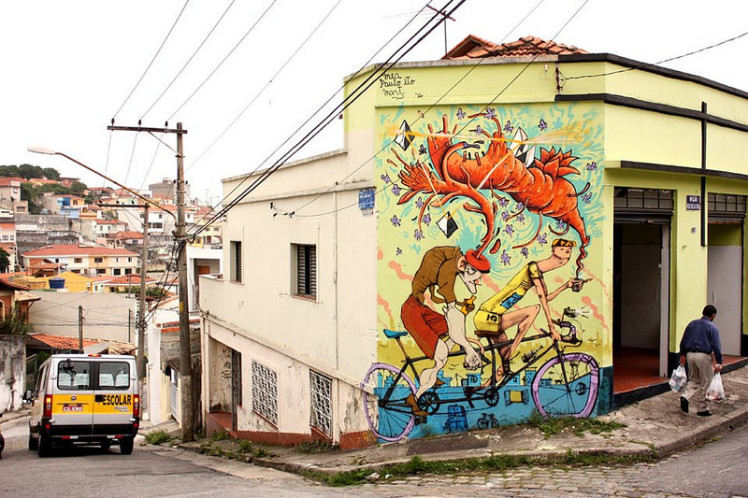 These wonderfully flowing murals are by the Argentinian artist Mart, who first began painting in the streets of Buenos Aires at the tender age of 12, and was one of the first graffiteros to paint entire trains, introducing this form of art to the city.

Since then his style has moved beyond just graffiti, and whilst the colour and playfulness remains, the compositions themselves have evolved:

“His contemporary murals are predominantly figurative, and often appear to be whimsical in nature. He explores playful subjects like men on bicycles and pirates which look deceptively simple at first glance, however a closer look reveals his unique lines and his incredible skill with aerosol. In other pieces, he moves towards complete abstraction and creates jubilant studies of line and color. Much of his process is influenced by improvisation, with random swirls and shapes often becoming the composition themselves.”