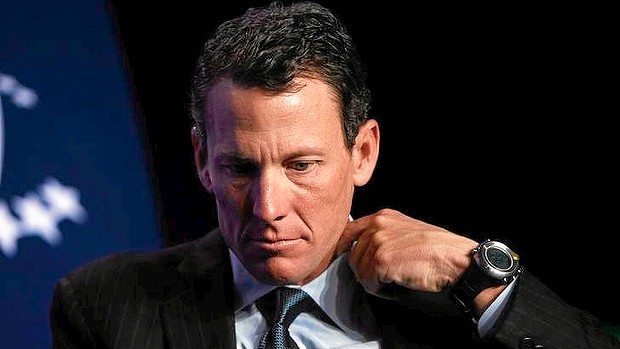 Two of the disgraced cyclist’s longtime business associates have agreed to pay $500,000 to the United States government as part of a conditional settlement in a lawsuit filed by Lance Armstrong’s teammate Floyd Landis.

If approved by the U.S. government, the settlement would release Stapleton, Knaggs and their agency, Capital Sports & Entertainment, from Landis’ lawsuit in exchange for their combined payments of $500,000 to the government and $100,000 to Scott.

Landis filed his suit under seal in 2010, accusing Armstrong and others of defrauding the U.S. government when Armstrong was riding for the U.S. Postal Service cycling team.

The U.S. government joined Landis’ suit last year, claiming the USPS would not have paid more than $30 million to sponsor Armstrong’s cycling team if it had known the team was violating its contracts by doping. Under the False Claims Act, the damages could be tripled to nearly $100 million, with Landis getting a possible cut of it as the whistleblower who filed the case.

Judge Christopher Cooper on Friday ordered the U.S. government to inform him by Jan. 30 whether it will consent to the settlement.

Landis and the government’s joined case would continue against Armstrong and Tailwind Sports, the company that managed the cycling team, the same company where Stapleton and Knaggs served as executives. Landis’ suit named Stapleton, Knaggs and CSE as defendants in his lawsuit, but the federal government did not name them as defendants in their separate but related complaint. The government still would have to approve the proposed settlement.

"The settlement agreement would require the dismissal of the action against the Settling Defendants, which, under the False Claims Act, requires the written consent of the Attorney General of the United States," the government stated in court documents. "The United States will require time to review the proposed settlement agreement, acquire necessary additional information from (Landis) and Settling Defendants, evaluate whether the settlement terms are in the interest of the United States, inform the officials within the Department of Justice who have authority to act in the circumstances, and obtain the necessary authorization to state the Government’s position regarding the proposed settlement."