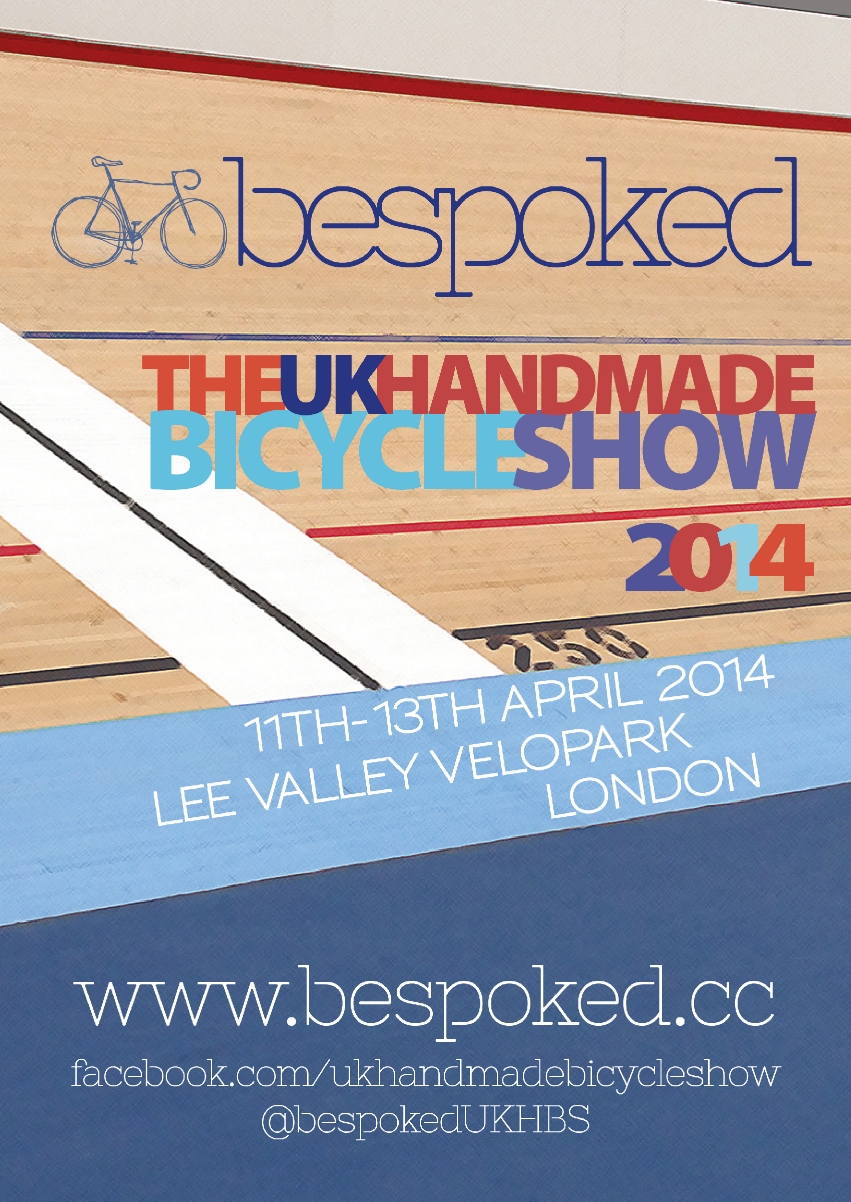 The change of venue is due to the "overwhelming success of this year’s show" say the organizers. Due to the popularity of the show and the increasing demand from potential exhibitors, a new larger exhibition hall was needed. The show, open for three days, will take place during the first couple of weeks of the velodrome being open to the public.

This year the show attracted an astounding 6,000 visitors, impressive given the show has only been running for three years now. Over 80 exhibitors showcased some of the finest UK bicycles, components and parts from around the world.

Bespoked is primarily a celebration of handmade bicycles and those who make them.

Do you know who made your bicycle?

At Bespoked you can meet and tallk to the people that have or will make the bicycle of your dreams.

Information about the makers, designers, quantities and where the bicycles are made can be found on theexhibitors pages of this website.

Bespoked is a UK based public event promoting the international talents of independent makers and designers of the bicycle world.

This is the place for the public, industry and press to meet independent makers and designers of everything bicycle.

Bespoked originates from a frame building and event organising background. We realised the need for an event, in the UK, to promote the international art of the handmade bicycle. We understand the craft and passion of beautiful bicycles and the importance for the makers and designers to have the opportunity to promote their work to the public, as well as swapping ideas and building a community.

We aim to have a complete show, highlighting the skills of individuals across the whole industry, providing a platform for independent and small scale producers of all things bicycle – from handmade frames and components to clothing and designed bicycle elements.

Who will be exhibiting?

The show was initially conceived to promote frame builders producing one off custom frames. While this is still the backbone of the show, Bespoked is open to independent makers and designers who’s craft is the bicycle. The essence of Bespokedl is passion! Those exhibiting at the show are passionate about what they make and design – their product does not exist without them.

At the 2014 show we will be promoting new frame building talent, of those just starting out and not yet functioning on a commercial level. The new builders area is full