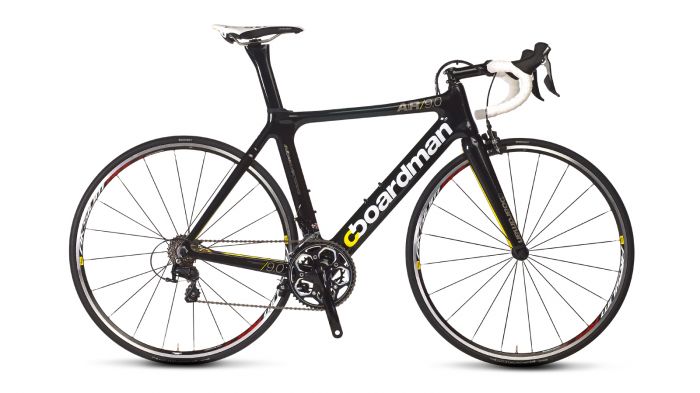 For us "yanks", the new AiR 9.0 is expected to retail for under 3k, and it will feature Shimano’s new 11-speed 105 groupset, along with their compact RS500 crankset and PF30 bottom bracket.

According to Boardman, the new model weighs in at around 18lbs/8.3kg, and it gets a new slick metallic black paint job, similar to it’s AiR 9.8 big brother.

But, perhaps most importantly, the AiR 9.0 gets the trickle down effect with regard to carbon fiber. Indeed, it gets the same grade of carbon as the flagship AiR 9.8 does – sans the integrated-brake fork set-up.

The frame itself, represents Boardman’s second generation aero road bike – using the latest in Computational Fluid Dynamics (CFD0) and tweaks in the wind tunnel, to achieve the most in aerodynamic properties.