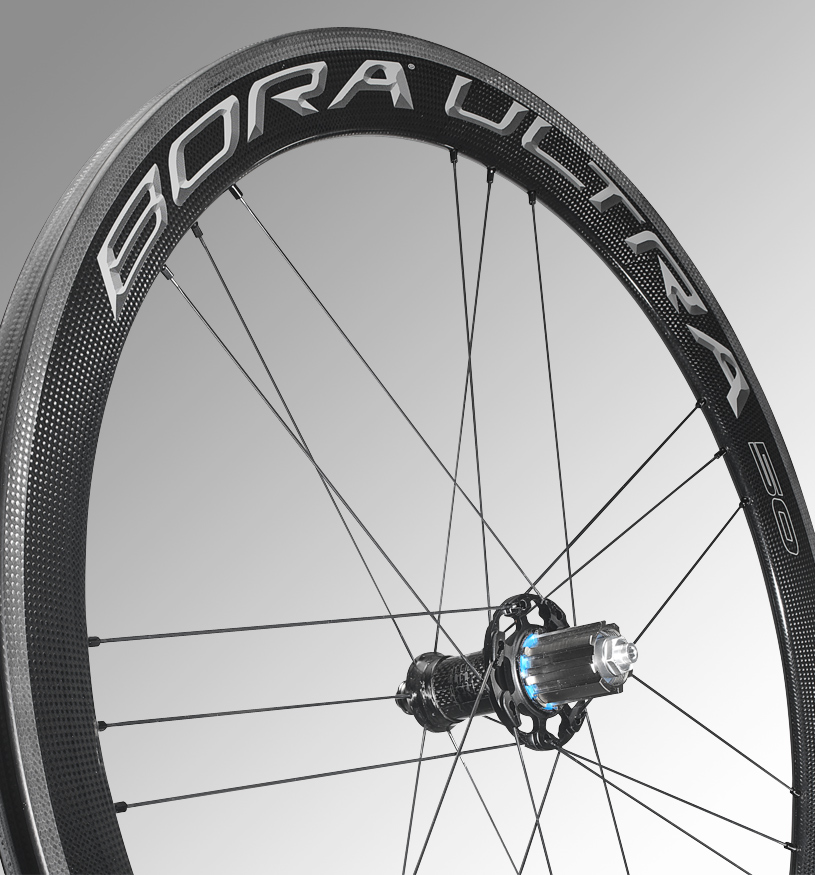 Well, as of this week, enthusiasts who extol the connivence and practicality of clincher wheels, will rejoice in the fact that the iconic Italian brand has unveiled both 50mm and 35mm clincher versions of the Bora for 2015 as well.

In addition, Campagnolo says, “While most will recognize the tubular wheels as the go-to choice for top professional riders, the fact remains that tubular tires are less practical than clinchers for those of us not fortunate enough to have a support car with spare wheels following behind,” says Campagnolo.

Both the 35 and 50mm wheelsets will be available with Bora Ultra and Bora One versions, which use the same hubs, albeit ceramic bearings in the Ultra.

Just for comparison, the Bora Ultra 50 tubular version weighs in at a claimed 1,267g, so that’s the difference of 168g for the clincher version.

Campagnolo has yet to announce pricing and availability here in the USA, but it’s reasonable to say that the new Bora (s) should arrive on scene sometime this fall.

Campagnolo® has employed its engineering resources to further improve the already impressive braking performance of its full carbon wheel systems.

To ensure optimum performance in all conditions as a complete braking system, the brake pads would function even better with an improved braking surface.