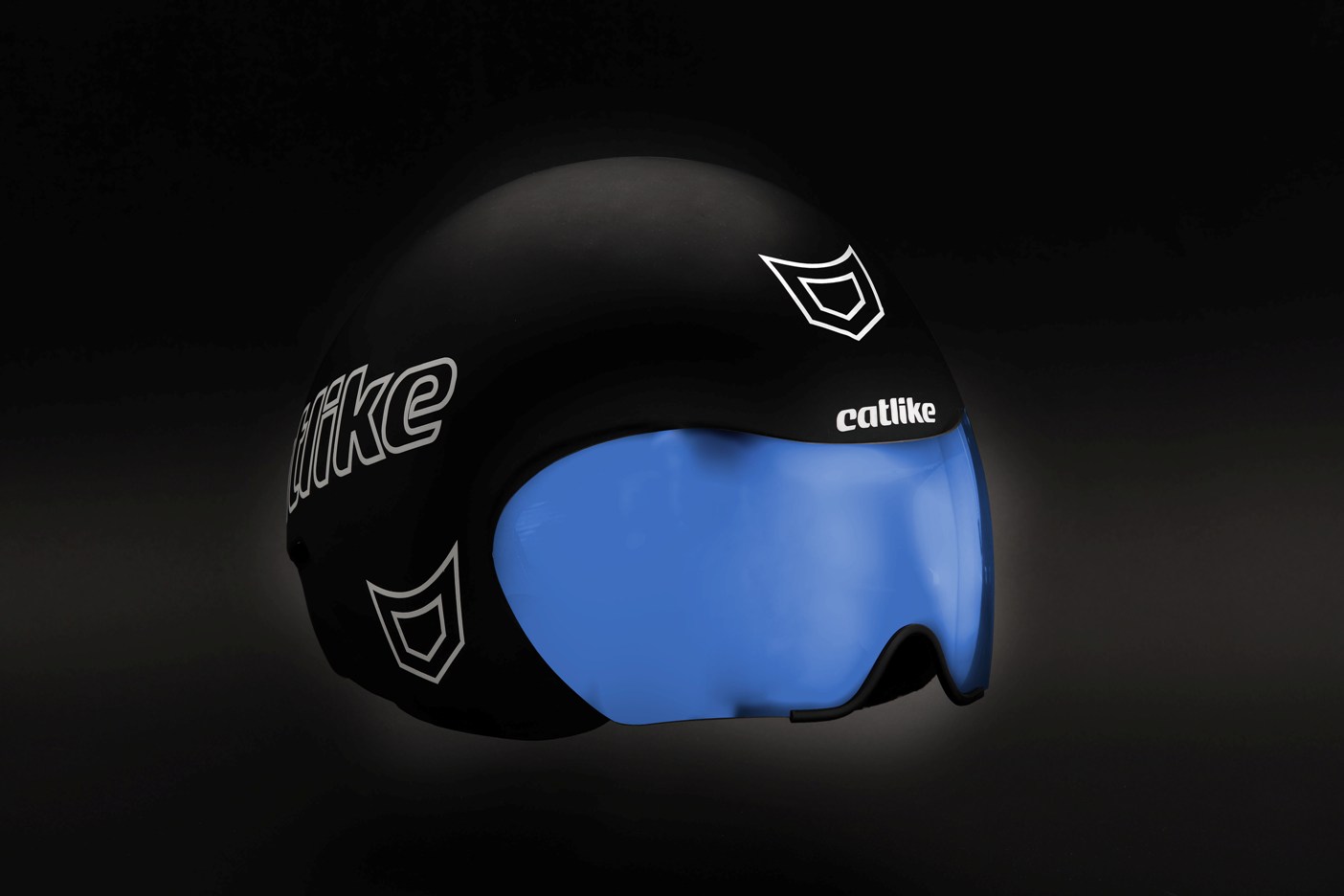 Last spring, the Spanish brand, Catlike, posted some information and photos on their website, regarding an advanced time trial helmet that they were developing in collaboration with the University of Granada – called the Rapid.

Since then, Team Movistar has been field testing different versions of the Rapid – in preparation for final production and a partial unveiling at this year’s EuroBike show.

Indeed, Catlike displayed two such prototypes of the Rapid during this week’s show in Germany.

While still in the prototype phrase, the helmets on display featured  a unique flexible outer shell, that effectively allows the rider to stretch it onto his or her head for – what is presumed to be the perfect aero fit.

The first of the two prototypes, featured extreme, dual sided ventilation ports on the front of the helmet, along with equally bold side vents aside a removable visor. And, according to Catlike, Movistar has already raced this version during this year’s Giro d’Italia in May.

The other prototype, was a smooth shelled version of the Rapid, that does away with the conspicuous ventilation ports, in favor of passive exhaust vents behind the ears. But, it does retain a similar wide, removable vision visor, that’s held on by a series of magnets via contact points under the shell.

Catlike has yet to announce an official launch date, but given the fact that a prototype version of the Rapid has already passed muster with the UCI, suggests that production is likely not far off.