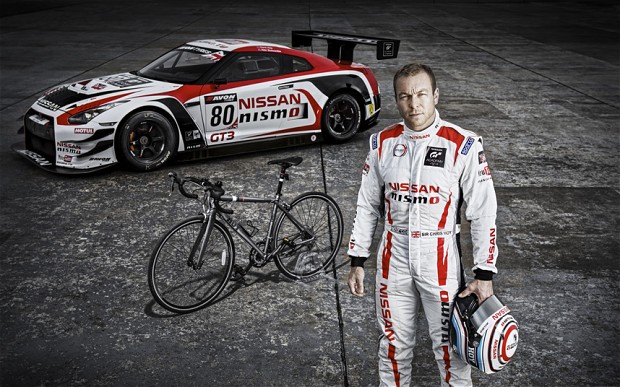 Olympic champion and cycling great, Chris Hoy, has brought his car racing ambitions to another level, after graduating to the European Le Mans Series for 2015.

Backed by Nissan, Hoy made his racing debut in 2013, while this year racing in the British GT Championship series.

However, for 2015, the six-time Olympic champion will be stepping up to the ELMS under the auspices of the Nissan backed British Ginetta Team.

"I’m absolutely thrilled to be racing in the European Le Mans Series with Ginetta and Nissan in 2015," he said. "I can hardly believe my team-mate will be Sir Chris Hoy; he is a sporting legend and I know I will learn so much as we pursue the same goal of racing in the Le Mans 24 Hours.

"It’s incredible to think that, only four years ago, I joined the Ginetta family as a Junior Championship driver and, in 2015, I’ll be testing a Ginetta-Nissan LMP3 at Le Mans and competing with Sir Chris Hoy in the full European Le Mans Series. It’s the opportunity of a lifetime, so a massive thank you has to go to Lawrence and my sponsors Investigo."

"I’m delighted to be stepping up to race in the European Le Mans Series for Nissan next year," he said. "It takes me another step closer to my motorsport dream of competing at Le Mans. This year was a great experience racing in the British GT Championship but I still have a long way to go and a lot to learn to bridge the gap to be competitive at Le Mans. I’m excited to be joining Charlie , who’s already achieved so much in his motor racing career."