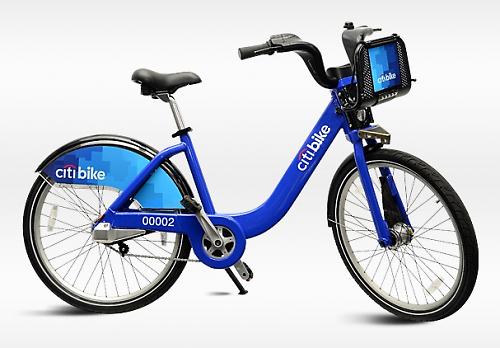 A $3 million lawsuit has been brought by residents of Bank Street in the West Village, who claim among other things that the docking station there is a danger to children and elderly people, and that its presence will reduce the value of their property.

Others complain that the docking stations are eyesores that detract from some of the city’s historic areas, while a group of artists in SoHo have complained that the presence of one means that there will no longer be an opportunity to show public art at the location in question.

Ultimately destined to provide 10,000 blue bicycles – the nickname ‘Mike’s Bikes,’ in honour of Mayor Bloomberg, is yet to catch on – the scheme was launched to members on Monday, which was the Memorial Day public holiday in the US.

The program had been scheduled to start operating last summer, but was postponed first as a result of software programs, and again due to the impact of Hurricane Sandy.

The program is being financed and run entirely by private companies. It has been developed by Alta Bicycle Share, and is partly financed through sponsorship with Citibank paying $41 million to be lead sponsor for the next five years.