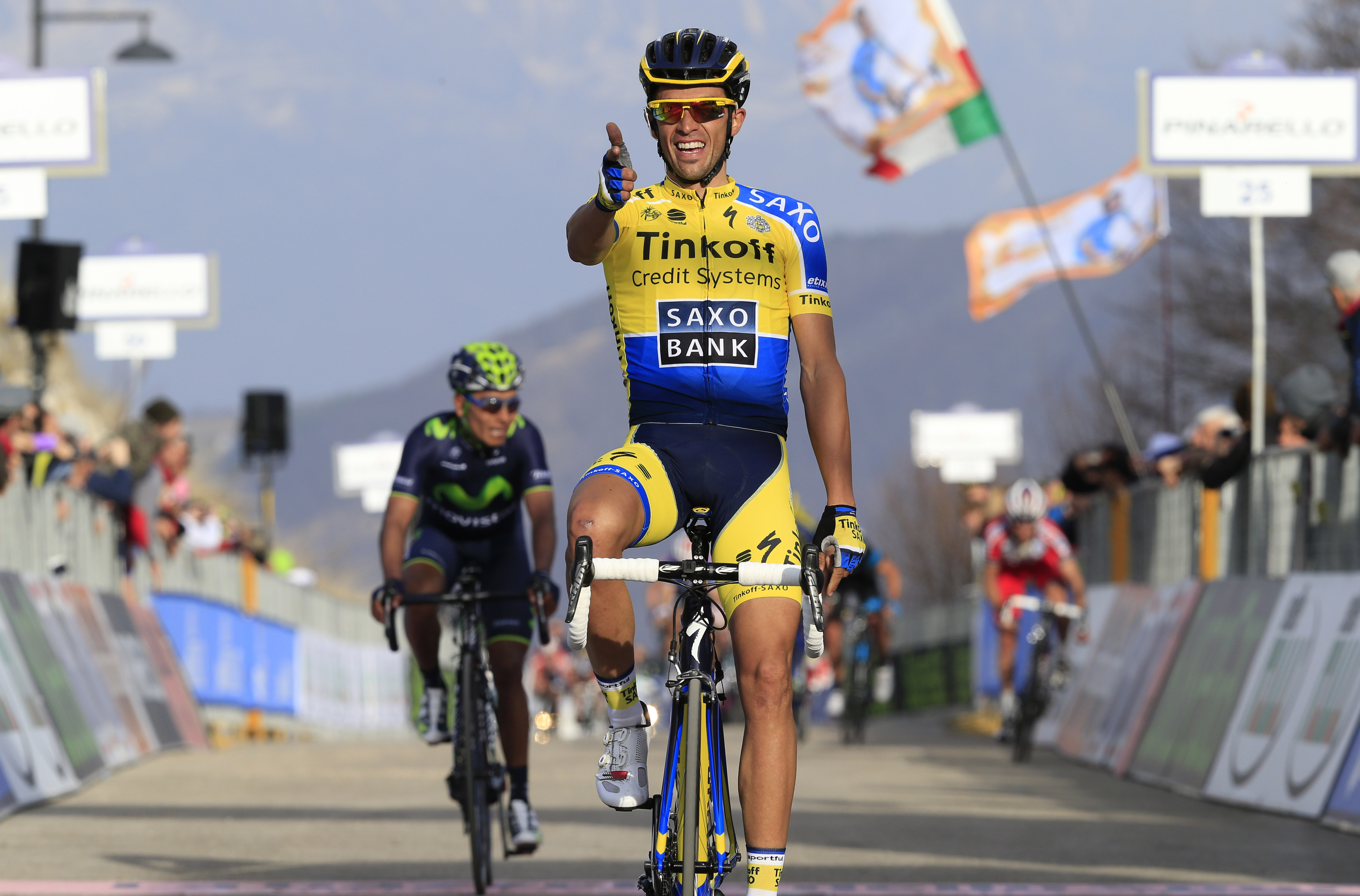 A third Vuelta a España win for Alberto Contador has seen the Tinkoff-Saxo rider move into the overall lead of the UCI WorldTour, whilst victory for Simon Gerrans (Orica-GreenEdge) in the Grand Prix Cycliste de Montréal on Sunday has allowed the Australian to reinforce his third place in the UCI WorldTour rankings.

Even before Sunday’s latest triumph, Gerrans victory in the Grand Prix Cycliste de Québec on Friday had already been his second in that particular Canadian Classic, and the 100th in the history of the Orica-GreenEdge team, too. It also enabled Gerrans to move into third overall in the UCI WorldTour.

Then at Montréal a late attack by UCI World Champion Rui Costa (Lampre-Merida) looked very promising – until Gerrans was given the perfect leadout by his team and stormed past. France’s Tony Gallopin (Lotto-Belisol) claimed third, whilst Gerrans had triumphed twice in three days.

The first rider ever to win both Canadian UCI WorldTour Classics in the same season, Gerrans said afterwards, “winning is always special, but to ‘do the double’ like this is something even more amazing. This is a good omen for the World Championships, too, it’s good for my confidence.”

Meanwhile Alberto Contador (Tinkoff-Saxo) bounced back from a bad injury in the Tour de France to claim his third triumph in the Vuelta a España, ahead of Britain’s Chris Froome (Team Sky).

Already victorious in the Vuelta in 2008 and 2012, Contador started the race uncertain of his form after breaking his tibia in the Tour de France. But he gradually succeeded in building both in condition and confidence to bid for the overall lead.

Having taken the red jersey of leader on stage 10, Contador managed to fend off an increasingly important challenge by Chris Froome, whilst Alejandro Valverde (Movistar Team) rose to the challenge of leading his squad once team-mate Nairo Quintana had crashed out, finishing third overall.

“Above all, I didn’t want to finish this year with a crash, but a month ago I didn’t even think about winning the Vuelta,” Contador said afterwards.

“But my team encouraged me a great deal and little by little it became possible.”

“After I did a big attack at Valdelinares it began to look more possible to fight for the overall classification. Winning here is a real boost to my confidence after the crash of earlier this summer.”

Not only that, Contador has managed to move back into the number one spot overall of the UCI WorldTour, ahead of Valverde.

The Tinkoff-Saxo pro leads the classification with 620 points, just 14 more than Valverde, who slides to second place overall with 606 points. Gerrans, meanwhile, now has 478 points, gaining a bigger margin on fourth placed Vincenzo Nibali (Astana Pro Team), who has 392 points.

Rui Costa (Lampre-Merida) advances three places, to sixth overall, whilst Chris Froome makes a spectacular jump up the ranking, from 25th to seventh.

The UCI WorldTour nations ranking has seen comparatively few significant changes, as Spain – with three riders in the top four overall in the Vuelta – moves quickly towards outright victory with 1,716 points. This is a massive advantage over Italy, in second place, but with 1,060 points.

Gerrans’ run of success has seen Australia improve a placing in the classification, moving into fifth ahead of Belgium. Great Britain advance a spot, too, and are now in seven position, whilst Germany swap places with Poland and advance to ninth.

Movistar Team continue to rule supreme in the UCI WorldTour teams ranking, with 1,250 points. But Tinkoff-Saxo have made a significant advance, largely thanks to Contador, gaining one place to move into second, with 1,066. AG2R La Mondiale drop a spot, to third with 919 points, but Katusha are not far behind at all, having moved from seventh to fourth overall and now with a total of 918 points.

Contador and Valverde look certain, now, to battle for the top spot overall in the UCI WorldTour, whilst the teams classification is still a long way from being decided, too.