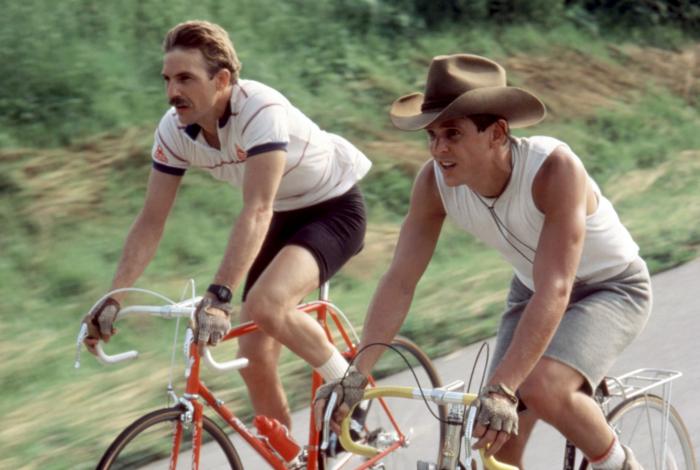 For a cool 40K you can pick yourself up Kevin Costner’s bike from 1985 film "American Flyers".

As of this week, the infamous red "Allez" went up for auction on eBay, claiming to be the original bike that was ridden by Costner for the film.

The only thing that’s missing, is the false mustache that was donned by the screen idol.

However, according to sources, it’s being readied for auction, but this time as an original prop for "Dances with Wolves". 😆

This is the very bike that Kevin Costner rode in one of his first movies, "American Flyers" in 1985.  The bikes for the movie were supplied by Specialized and they were the "Allez" model racing bikes in red.  Kevin gave his bike from the movie to my friend Bill Woodul.  Bill sold it to me in 1987 or 1988.  Bill was the Head Coach (or similar) of the USCF (now USA Cycling) at the time and he was the bike expert for the movie; he had a cameo appearance in the movie, too.  I lived in Colorado Springs at the time and worked at the U.S. Olympic Training Center with Bill.  He died in 1999.  I’ve ridden this bike a few times, but it has mostly been on display.  It is a great prop from an awesome movie with a nearly cult following, especially after Kevin Costner’s success.  Thanks.  John