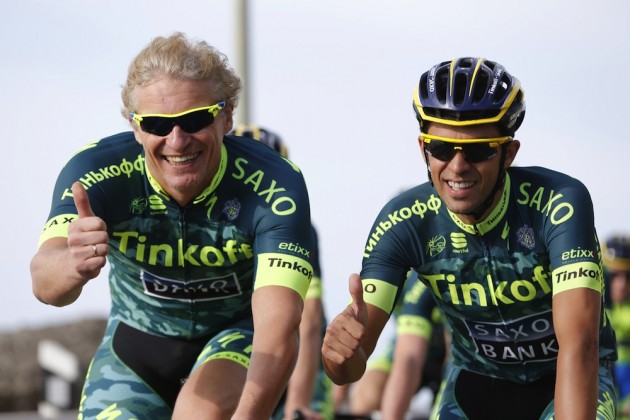 Great Britain’s North Yorkshire County Council, has decided to remove  road markings that were left over from this year’s Tour de France, after receiving complaints from residents who view them as being  ‘graffiti’.

The North Yorkshire County Council agreed to remove the road markings that were left along the roads in Harrogate, after  determining such captions as ‘Va Va Froome’ and ‘Allez Cav’,  did indeed constitute graffiti.

“The County Council has heard from people who think the Tour de France road markings were great and an asset, and from others who regarded them as graffiti.

“In order to get the balance right, the County Council therefore decided to allow the road markings to remain after the Tour de France, to be enjoyed during the summer months, and for the markings then to be removed during the autumn.”

Meanwhile, Harrogate journalist and cyclist Sophie Metcalfe, believes that  removing the markings is a waste of council resources, given that they would have washed off in the coming months anyway.

“For the number of visitors that were here, and the amount of money that was brought into the area, it’s sad that they’ve removed them,” she said.

“It was an amazing weekend and everyone was so happy – it was so positive everywhere, so the road markings were a reminder of that feeling. It’s a bit of a miserable thing to do to get rid of it.

“Coming into the winter, when there will be grit put down as well, they were going to wash off anyway, so for them to spend money on removing them seems a bit of a waste.

“They’ve obviously done it in the middle of the night, because there were no roadworks, so it’s all a bit sad.”

If the folks in Harrogate think a couple of road markings paying homage to Froome and Cavendish are unsightly, they should take a look and see what occurred over yonder. 😆