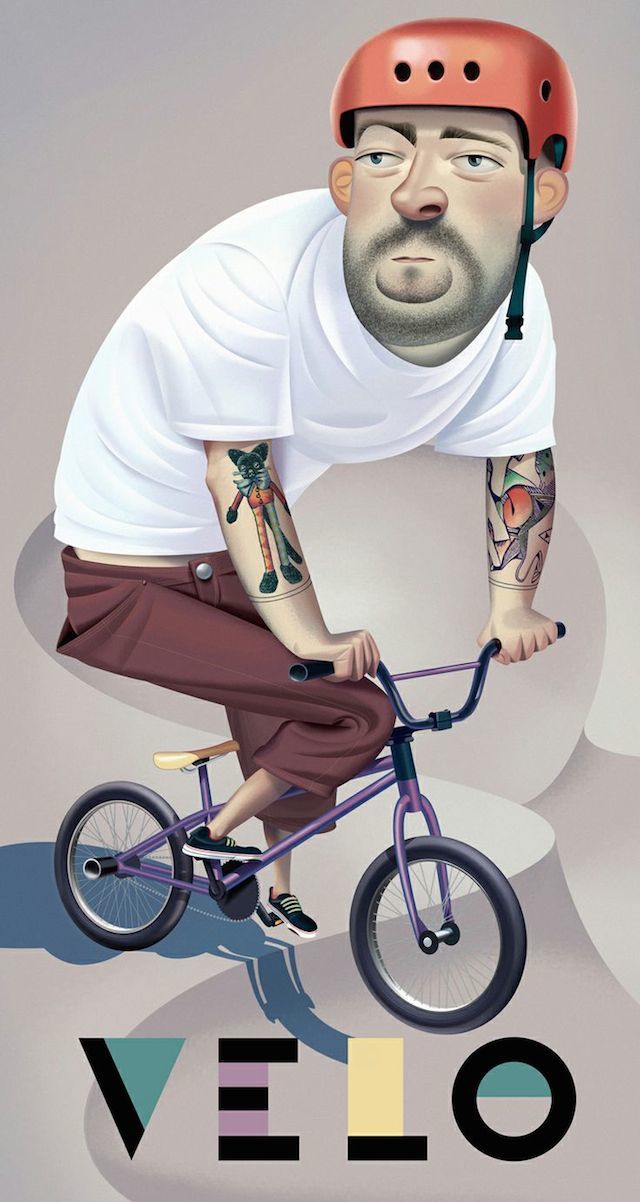 When Nigel isn’t contracting with such big name firms as The Wall Street Journal,

he’s expressing his passion for cycling with some of the coolest cycling caricatures to behold.

Nigel Buchanan is an illustrator originally from New Zealand, now living in Sydney. The studio he works in is a big old warehouse in Surry Hills and is shared by various other creative individuals; illustrators, photographers and designers.

He has spent many years using an airbrush before switching to exclusively digital work. While the rendering technique is different; almost all Photoshop, the early thinking and sketching stage remains pencil on paper.

Clients are mostly from the editorial ranks and include The New York Times, The Wall street Journal, The Economist London, Money Week France.

Work comes from all over the world, last year from Vienna, Vietnam, Hong Kong, Singapore, France, Germany and thorough the US  through my New York agents Gerald and Cullen Rapp.

A series of huge posters for a Viennese Ice cream company which appeared throughout Vienna was a highlight of last year.