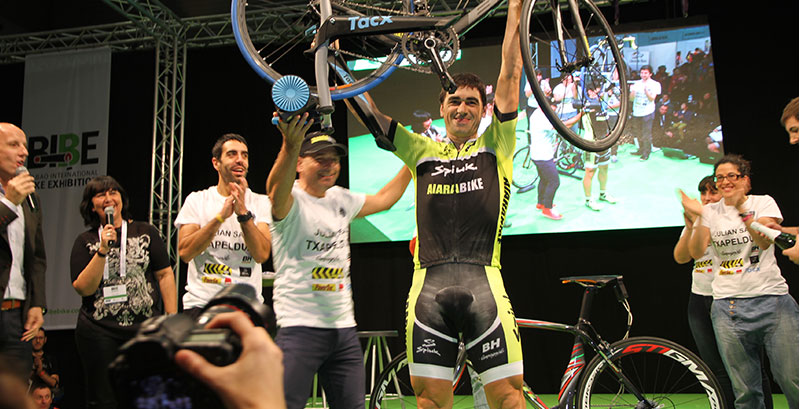 Sanz took to his trainer on Monday, and by Saturday, he had amassed a staggering 2,800 kilometers, or 1,739 miles.

Sanz celebrated his record breaking performance, by cracking a bottle of champagne, and spraying the crowd.