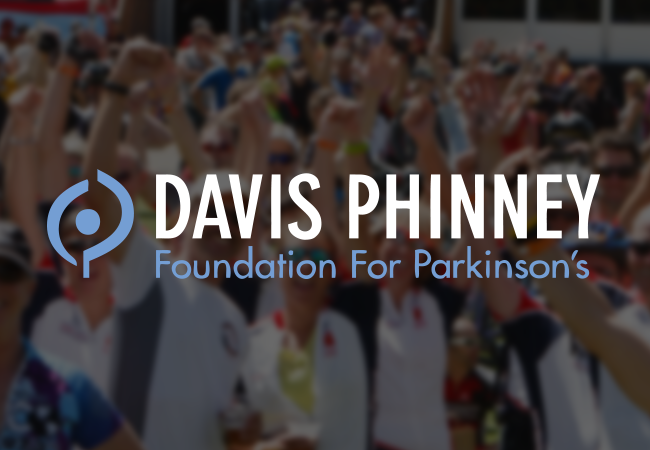 Smashburger, the national better burger restaurant known for its fresh, smashed to order burgers, announced it will be kicking off a nationwide fundraiser benefiting the Davis Phinney Foundation in support of the organization’s mission to help people living with Parkinson’s disease live well today. Starting on Monday, August 18 through September 14, all Smashburger restaurants nationwide will be selling commemorative orange bracelets embossed with the Foundation’s motto and rallying cry, “Every Victory Counts.” For only $2, guests can show their support for those living with Parkinson’s and help fund programs and research aimed at improving quality of life. Net proceeds from the bracelet (Smashburger has committed at least $30,000) will go directly to the Davis Phinney Foundation. In return for the $2 donation, each guest will also receive a coupon for a free beverage redeemable at their next visit.

The launch of the fundraising promotion coincides with the kickoff of the USA Pro Challenge, the largest professional cycling race in the U.S., of which Smashburger is a founding partner. The seven-day race through the Colorado Rockies starts in Aspen on Monday, Aug. 18 and will travel 550 miles through the state to the thrilling finish in downtown Denver.

As an Olympic Bronze medalist and winner of multiple Tour de France stages, Davis Phinney has achieved more victories than any other American cyclist in history. In 2000, Davis was diagnosed with young-onset Parkinson’s disease (YOPD) and in 2004, founded the Davis Phinney Foundation to provide much-needed information and inspiration to enable people living with Parkinson’s to take more control, better manage their condition and commit to making changes that support long-term wellness. As a passionate supporter of cycling, Smashburger is proud to help rally Coloradoans, cyclists and guests throughout the nation behind this important cause and the Davis Phinney Foundation’s mission to help those living with Parkinson’s fight hard, live fully and thrive.

“As we approach the USA Pro Challenge next week, we are reminded of the greatest riders in U.S. cycling history, and particularly of Davis Phinney and his tireless dedication to helping people in the Parkinson’s community understand that they can control how they choose to live with this condition and have a profound, positive influence on their own wellness,” commented Scott Crane, CEO of Smashburger. “Our goal is to share the mission of the Davis Phinney Foundation with our guests while raising money for the Foundation’s important work.”

In addition to fundraising through its restaurants across the country, Smashburger will be accepting donations for the bracelets at its tent in the Finish Festival each day at the USA Pro Challenge, as well as giving away bracelets at the final stage of the race to share the Foundation’s mission, popularize its motto and build awareness about Parkinson’s and the Foundation among cycling fans.

“Our goal is to improve the lives of those living with Parkinson’s by providing essential information, practical tools and inspiration to those affected directly or as care partners, as well as to encourage and support innovative research that focuses on living well right now,” commented Davis Phinney. “As a resident of Boulder, I greatly appreciate the support of Smashburger, a local Colorado company that shares my passion for cycling and making a difference in the world. On behalf of the Foundation, I extend my sincere thanks to Smashburger and its guests for their support of the Parkinson’s community.”

An estimated 1.5 million Americans and 10 million people worldwide are currently living with Parkinson’s disease. The Davis Phinney Foundation is a 501(c)(3) public charity dedicated to putting every dollar to work to fulfill its mission. It operates without an endowment and relies on direct support from individuals, foundations and corporations.

Visit www.davisphinneyfoundation.org for information on programs, events, webinars and other resources.

Smashburger is a leading fast casual “better burger” restaurant with more than 280 corporate and franchise restaurants operating in 32 states and in five international countries. The company began in 2007 with the vision of Rick Schaden and funding by Consumer Capital Partners—the private equity firm that he and his father Richard own. By offering fresh, premium “smashed to order” burgers, chicken sandwiches, salads, signature side items and hand-spun shakes, Smashburger has modernized the way people think about burgers. Known for localizing its menu in every market with regionally inspired burgers, side items and local craft beers, Smashburger has received numerous awards, including ranking #2 on Franchise Times “2014 Fast & Serious” list of smartest-growing brands, being named “America’s Most Promising Company” by Forbes Magazine in 2011 and to the Top 10 in 2014, topping Fast Casual’s “Top Mover & Shakers” list for 2014 and 2012, and being featured on the Inc. 500 List of “America’s Fastest Growing Companies.” Smashburger also regularly receives “Best Burger” awards in cities around the world. To learn more, visit www.smashburger.com

The Davis Phinney Foundation was created in 2004 to help people with Parkinson’s disease live well today. Its major initiatives include: the Every Victory Counts® manual; The Victory Summit® symposia series; the Living Well Challenge™ educational webinar; the “Parkinson’s Exercise Essentials” DVD and funding of research focused on quality of life therapies. www.davisphinneyfoundation.org

Referred to as “America’s Race,” the USA Pro Challenge will take place August 18-24, 2014. For seven consecutive days, the world’s top athletes race through the majestic Colorado Rockies, reaching higher altitudes than they’ve ever had to endure. One of the largest cycling events in U.S. history and the largest spectator event in the history of the state, the USA Pro Challenge continues to set records in professional cycling by taking the riders to unprecedented elevations. Featuring a challenging course, the fourth annual race will spotlight the best of the best in professional cycling and some of America’s most beautiful scenery. More information can be found online at www.USAProChallenge.com and on Twitter at @USAProChallenge.