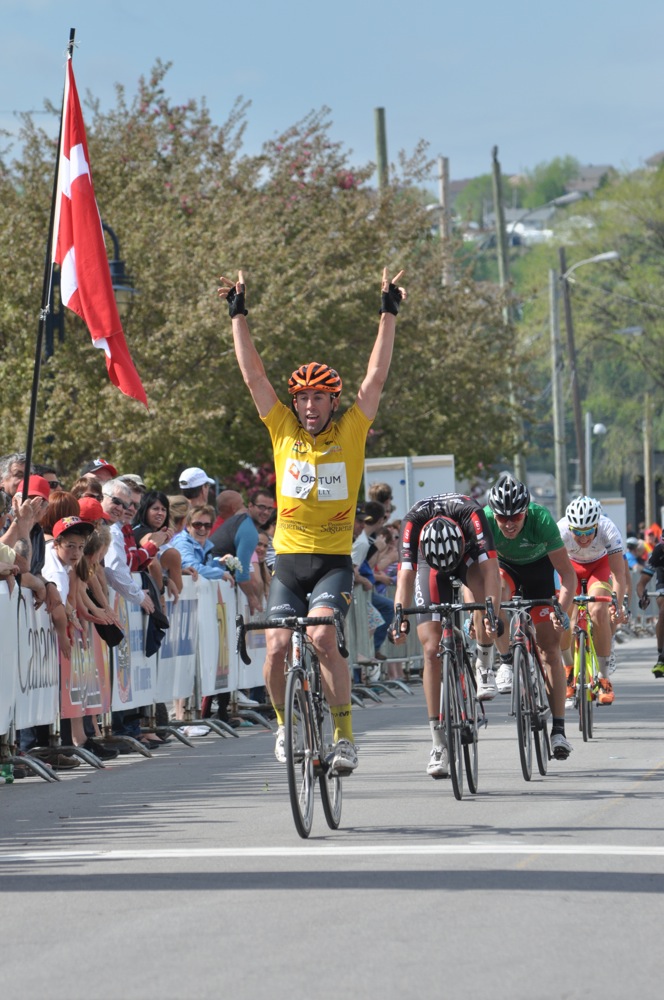 Light rain, strong crosswinds and a climb featuring a 10% grade, made for a challenging race along yesterday’s 170.4 kilometer route.

The peloton, which was reduced to 102 riders after the first stage, remained together for the first four laps – with a significant crash occurring in the fourth lap. This in turn provided an opportunity for 18 riders to form a breakaway group, which subsequently built up a 30 second advantage over the scattered field.

However, the chase group containing Young, quickly managed to bridged themselves to the leading group.

On the sixth lap, the race began to turn – with a breakaway of 16 riders creating a lead of 2:15. From there, the breakaway remained relatively intact with Eric Marcott (USA) and Enrico Rossi (Italy) driving the pace.

As the race entered into the final lap, Bruno Langlois (Canada) and Adam Farabaugh (USA) attempted to bridge themselves across to the leaders. However, with 3 kilometers remaining, the 70-strong peloton quickly reeled them back in, along with the remaining lead group.

The Optum team then seized control of the field – ultimately delivering Young to victory – who crossed the finish line ahead of Canadian Patrick Naud (Garneau-Québecor), yesterday’s third place finisher, and Jure Kocjan.