Hein Verbruggen Could Be Summoned Before Doping Commission 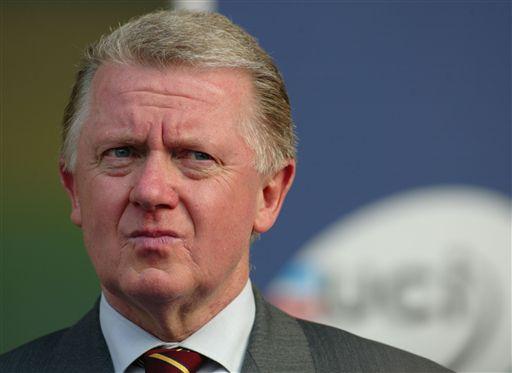 Former UCI president Hein Verbruggen could be summoned before an independent "doping" commission following Lance Armstrong’s accusations that he helped  him "cheat" in 1999.

In an interview with the Daily Mail today, the disgraced cyclist said that Verbruggen had helped him to backdate a prescription.

Verbruggen, an honorary member of the International Olympic Committee (IOC), has denied wrongdoing.

In 1999, as Armstrong was on his way to winning his first Tour, the American failed a drugs test for corticosteroids but later provided a prescription, which he admitted was backdated.

Current UCI president Brian Cookson pledged to restore credibility in cycling and the governing body when he took over from Pat McQuaid, Verbruggen’s successor, last September.

"The UCI’s Independent Commission of Inquiry is in the process of being set up and we are in advanced discussions with stakeholders on its terms of reference to allow full investigation of any allegations relating to doping and wrongdoing at the UCI," said a UCI statement on Monday.

"The commission will invite individuals to provide evidence and we would urge all those involved to come forward and help the commission in its work in the best interests of the sport of cycling.

"This investigation is essential to the well-being of cycling in fully understanding the doping culture of the past, the role of the UCI at that time and helping us all to move forward to a clean and healthy future."

Earlier this month, Verbruggen denied that he had ever been involved in a doping cover-up.

"I have been frequently accused that, in my UCI presidency, my federation would not have been too serious in its anti-doping policy and that – in particular the Lance Armstrong case – the UCI and myself have been involved in covering up positive tests," the Dutchman wrote in a letter to Olympic officials.