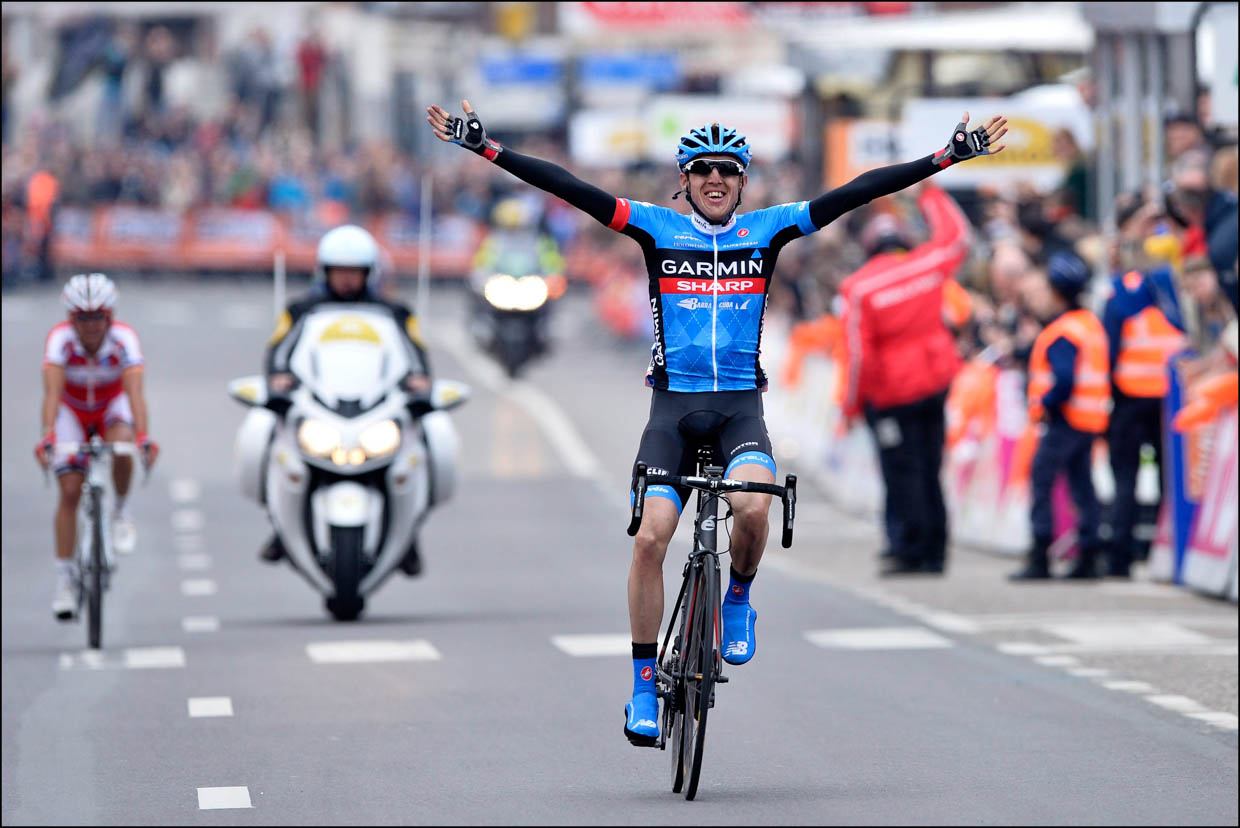 Martin was part of a select group of riders during the final few kilometers of today’s 254 kilometer race from Como to Bergamo, when he caught them all off-guard with a late, blistering acceleration up the right-hand side of the course.

From there, the Irish rider swept through the final right-hand corner – straight to the finish.

Meanwhile, despite a final attempt to get onboard with Martin, Alejandro Valverde (Movistar) finished in second place, followed by Rui Costa (Lampre-Merida), who rounded out the podium in third.

“It’s just incredible to win it after all the bad luck this year,” said Martin. “The team believed in me all the way. To win this is just, ah, incredible.

“I actually planned to attack on the last climb but I couldn’t get through. There were too many people. I needed to try something and the opportunity happened. I just had to go as hard as I could and not crash in the last corner, as I did at Liège.”

Early escapees, Pieter Weening (Orica-GreenEdge) and Ben Hermans (BMC Racing Team, enjoyed being out front during the final kilometers. However, the duo were reeled back in heading into the final climb.

From there, Tim Wellens (Lotto-Belisol) tried to make a go of it alone. However, he too was reeled back in – just 4 kilometers from the finish.

At that point, a lead group containing Martin, Valverde, Costa, Philippe Gilbert and Samuel Sanchez (BMC) and Michael Albasini (Orica-GreenEdge) came to the front to form what was shaping up to be a sprint finale.

However, Martin surged in the final 400 meters. And, as his rivals hesitated, he accelerated around the final right-hand corner to seize the victory.