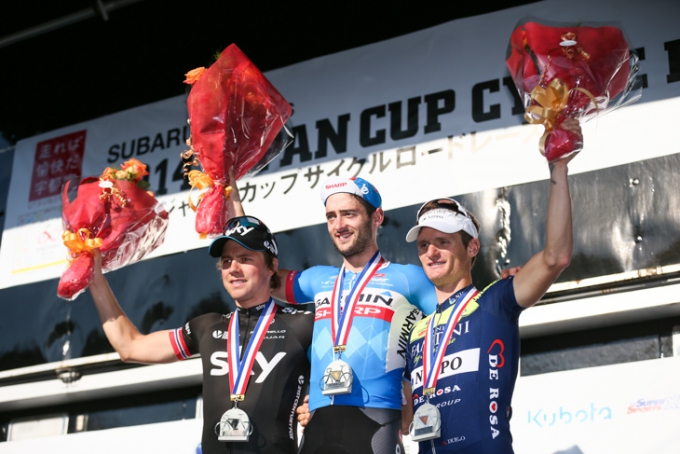 In fact, the finale was so close, a photo finish was required to confirm Haas as the winner.

However, all the while Team Sky and Garmin-Sharp kept a watchful eye over the escapees – until the very last lap when they were caught.

From there, 10 riders succeeded in riding clear during the final Kogashi climb.

Tinkoff-Saxo kept the pace setting up front, with their riders Rory Sutherland, Michael Valgren, Manuele Boaro and Chris Juul using their strength in numbers to attack the lead group.

Boaro made several attempts to go clear, but was pulled back.

As the race tackled the uphill finish in Utsonomiya, Haas emerged as the winner, after narrowly beating  Boasson Hagen on the line.

The riders celebrated ending the 2014 season with an after-race party in Onion Square, with Fabian Cancellara flying in as a special guest.