Jens Voigt "Age Is Not a Factor" 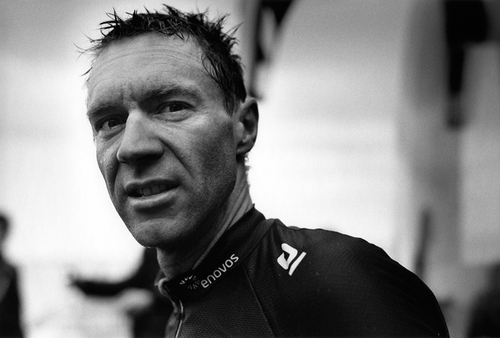 that age is no barrier

It’s very, very hard. I couldn’t walk for a few days after I did it. That’s how hard it is.”

– Eddy “Cannibal” Merckx, the most successful rider in history, described the Hour Record as one of the hardest thing he has ever done on a bike.

The hour record is considered one of cycling’s most prestigious but most difficult records.  From 1893 to 200 the best cyclists in the world all battled for this title, including legends like Ercole Baldini (1958 Giro), Fausto Coppi (2 x winner of Tour de France, 5 x Giro), Jacques Anquetil (6 x TdF), Francesco Moser (1984 Giro), Miguel Indurian (5 x TdF, 2 x Giro) and the greatest of them all, Eddy Merckx (5 x TdF, 5 x Giro, 1 x Vuelta). If you were collecting ‘baseball’ cards in cycling these would be the names on the front page. In 2000, the UCI announced new rules for the governing of the Hour Record which ruled that any attempts had to be done using the traditional bike, much like the one Eddy Merckx used in Mexico City in 1972, and back dated the record books to establish Merckx’s record of 49.431km as the bar to beat. This meant that records on ‘non-conforming’ bikes (meaning the use of aero bars, disc wheels and aero helmets) such as the Chris Boardman feat of 56.375km in 1996 received the classification of ‘Best hour performance’. This aligned the UCI Hour Record rules to be about just physical performance rather than just bicycle innovation such as the revolutionary Graeme Obree ‘superman’ position, and the current record is that set by Ondrej Sosenka (49.700km). However it is worth noting that Sosenka had failed a haematocrit test and his coach and doctor, the Italian Daniele Tarsi, was subject to numerous rumours of doping (important to note that doping was rife for decades in the pro-cycling world which possibly puts question marks on a lot of records. See this book by Michael Hutchinson – The Hour: Sporting Immorality the Hard Way. Arguably you could count Chris Boardman’s record of 49.441km as the standard).

In a climate of enthusiasm for the record – following a decade-long lull – arousing from the interest of four-time world time trial champion Fabian Cancellera, his Trek Factory Racing techanical team, and other riders Tony Martin (Omega Pharma-Quick Step), Taylor Phinney (BMC Racing), Bradley Wiggins (Sky), it looked like the feat had been reborn. However with the need for clarification on equipment regulations from the UCI, which eventually ditched the 1972 mark and the previous bike-design rules in favour of the rules governing modern track pursuit bikes, Cancellera’s record attempt planning went into hold. Focus on the Grand Tours (plusTaylor Phinney’s horrific broken leg) has also meant that the other riders have been somewhat distracted. Perhaps a little ‘who’s going first’ as well?

Jens Voigt has come to the rescue. The rider who embodies the type of suffering cycling has a fetish for, who’s legend formerciless riding has made his presence in the peloton a fearful prospect, has scheduled September 18 as the date to break the record.

Many would argue that modern racing has become a little less about taking risks. There is a process now. A team is lead out with the kind of train pioneered by Lance Armstrong and US Postal, and gaps to breakaways are methodically timed and strategies passed through the riders’ radios. The introduction of Formula One style setups (as described in our Big Data ebook) has meant that race organizers need to think up ways to get mid-race action underway, for example the placement of immediate sprints. This is why riders like Jens Voigt, who try to break the system, gain so much popularity with fans. The Hour Record attempt is just another example of the altitude that we love to see in modern day cycling – the suffering, the hit and hope.

Its exciting that Voigt raced against Boardman, Indurian and Sosenka (all Hour Record holders) as well as this new generation of riders who are trying to convince themselves to do the attempt. I hope he breaks the record (confusion on whether it is 49 or 56km to be considered the best?) and puts the marker down for the riders following him to put it on the line. In the regimented world of modern day sport, it is a pleasure to see this blue-ribbon event finally coming back to see what our cyclists are made of.