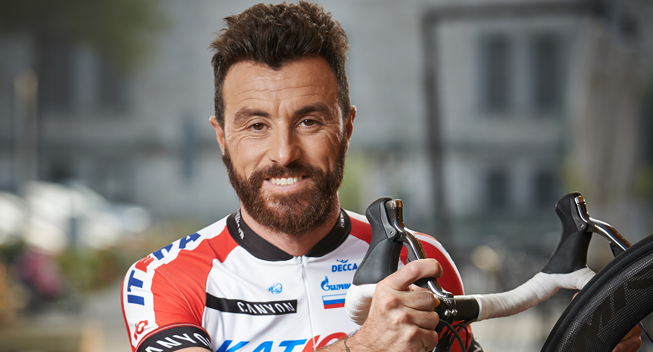 Despite rules prohibiting the use of cell phones on the part of riders during a race, Luca Paolini was caught on camera doing just exactly that – during last weekend’s stage 8 of the Tour de France.

The well known photo journalist, Graham Watson, captured the bearded Italian red handed, as he passed by with phone in hand.

Paolini quickly responded with an apology for breaking the race rules, by explaining that he wasn’t texting and emailing, but rather he had accidentally left the phone in his jersey pocket, and was merely turning it off before handing it to the team car.

Initially, race organizers gave the Paolini a warning. However, that was later change to a fine of 50 Swiss Francs for the offense.