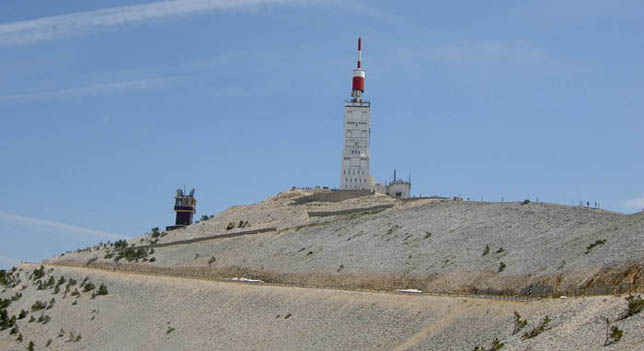 We present to you, in association with Oakley, the second film in our exclusive three-part web series on the climbs of the Tour:

If a climb’s difficulty was measured by the number of epithets it has inspired, Mont Ventoux would tower above every other mountain. "The witches cauldron", "the despot of cyclists" and ­ most famously, what French philosopher Roland Barthes called a "God of Evil demanding sacrifice" ­the Ventoux is the bane of cyclists and a gift to myth makers.

Rising nearly to nearly 2000 metres above the Rhône Basin, the Giant of Provence dominates the skyline across a huge swathe of south­east France. Attacked from Bédoin, it begins innocuously enough before the tiny hamlet of St­ Estève and a left hand bend where the road rears up sharply into the forest. Nine demoralisingly straight and steep kilometres end at the Chalet Reynard, then a different Ventoux reveals itself. Exposed. Windswept. Suffocatingly hot. It was on these bare upper slopes that one of professional cycling’s darkest, most notorious chapters played out in the 1967 Tour de France: the Englishman, Tom Simpson, zigzagging wildly across the road then toppling to his death. Was it drugs that killed Simpson, the heat, or the Ventoux? To varying degrees, no doubt, a combination of all three…

Are there really dark forces swirling up in there in the Mistral wind? An airlessness not fully explained by the altitude? Eddy Merckx and Chris Froome both needed oxygen masks after winning here ­ but another famous conqueror of the Ventoux, Jean­François Bernard, sniffs that "all this stuff about a lack of air up there is complete nonsense."

What no one disputes is that the Ventoux is a brute. The big, unfriendly giant of Provence.