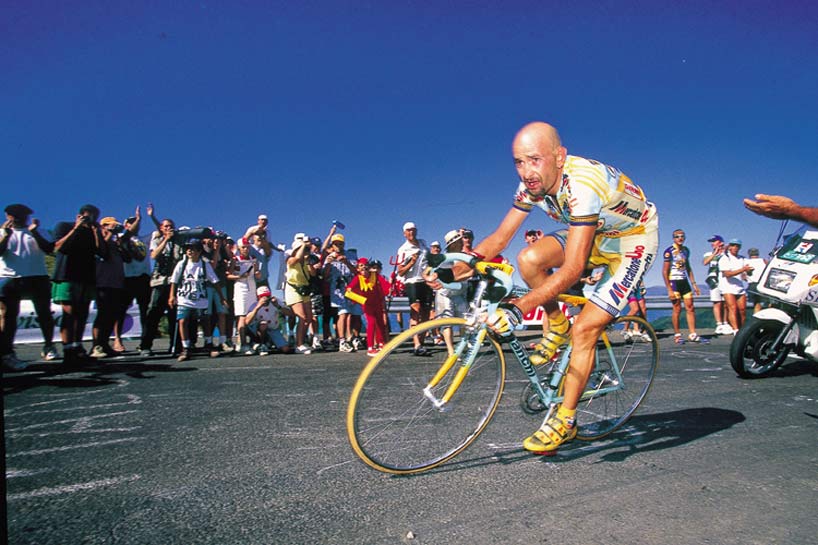 According to media sources, Italy’s public prosecutor in Rimini handed the case over to the police.

Pantani died in Rimini’s Le Rose hotel, just 35 kilometers from his home in Cesena, on February 14, 2004. A previous investigation showed that the 34-year-old died of an accidental cocaine overdose.

The initial investigation found three men — Fabio Carlino, Fabio Miradossa, and Ciro Veneruso — guilty of supplying the cocaine that killed Pantani. Carlino was found to have organized the delivery of 30 grams of cocaine with Miradossa in Naples, while Veneruso made the actual delivery to Pantani in Rimini.

Miradossa later bargained for a four-year, 10-month prison sentence, while Veneruso plead for three years and 10 months. The court sentenced Carlino in 2008 to four years and six months, and ordered him to pay 19,000 euros in compensation to Pantani’s family. However, Italy’s highest court dropped the charges against Carlino in 2011.

Meanwhile, Pantani’s parents, Tonina and Paolo, continued to assert over the years, that foul play took place. And, along with their lawyer, Antonio De Rensis, who re-examined the case, collected information, and later presented it on to Rimini’s prosecutor.

According to recent reports in the Italian press, Pantani let known men into his room early on the morning of February 14, 2004. The unidentified men then allegedly struck the cyclist, and forced him to drink cocaine diluted in water, and later carried his body down the stairs of the split-level room. From there, they were alleged to have purposefully disrupted the room in order to give the appearance that the deceased had been leaving in squalor.

The case was re-opened in August after De Rensis presented his evidence to officials. As a result, the case took its first official step forward today, when Giovagnoli passed it to the judicial police of Rimini.