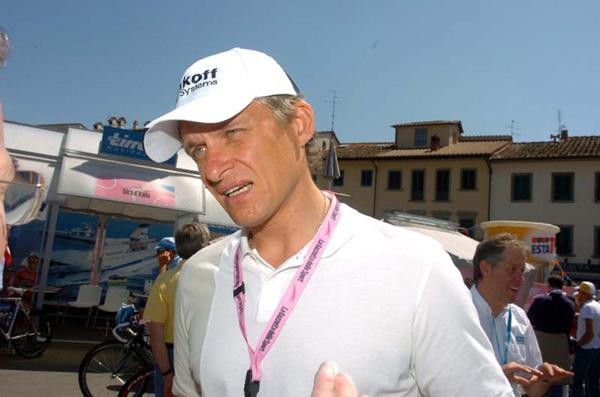 In an interview this week, Oleg Tinkov spoke about the reasons why he so vigorously pursued the signing of Peter Sagan, and his belief that the Slovakian can win his first major Classic, with the support of Tinkoff-Saxo.

In an interview with Cycling News, Tinkov revealed that spending a large sum to sign Sagan is part of a clear plan to become the most successful team in professional cycling by 2016.

"He’s a great athlete, a nice person and has the biggest marketing value in the sport," Tinkov said, explaining why he outbid rivals teams to secure Sagan’s signature for the next three season.

"Contador remains our team captain because he’s our Grand Tour team leader, but Peter has huge charisma too. Of course he needs to win the Classics and win his first monument Classic, because he’s never won one. But I’m sure he’ll win with our team. Everybody saw what happened with Peter this spring. He lost a lot of races because the team wasn’t strong enough. Our team is much stronger and we can help him a lot. With the other riders we’re signing, we can play the game, play the cards with two great riders."

Reports suggest that Tinkov may have paid Sagan somewhere in the vicinity of 3.5 to  4.4 million a season.

"The numbers I’ve seen in the media are just crazy money but of course the best riders don’t come cheap," Tinkov acknowledged.

"Nothing is cheap if it’s good. I’m modest, I don’t have a fancy villa but I’m ready to pay to have the best riders in my team. I’m convinced it’s a good deal for Peter and for us. We’ve not only got a great rider, we’ve connected with an army of great fans and we’ve secured a lot of marketing opportunities. In fact we’ve leveraged some excellent technical sponsors which we will announce soon."

"It’s strange because we have three or four guys from Team Sky who are coming to us," Tinkov hinted mischievously.

"It seems like we’re on an opposite trajectory. We’re going up and they’re going down. So if I were him, I wouldn’t jump ship. But it’s his decision. He’s Irish and so maybe he feels better on an Anglo-Saxon team."