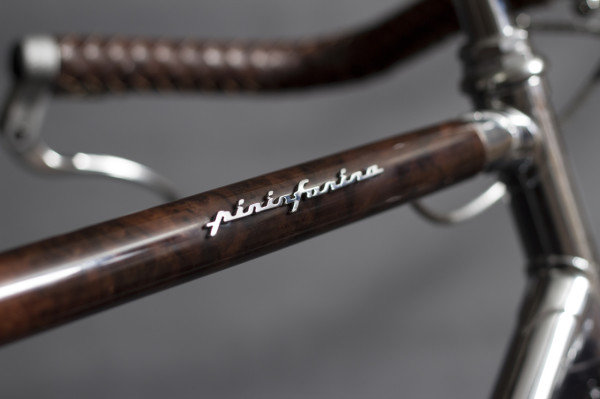 The legendary Italian design house of Pininfarina has partnered with Milan’s 43Cycles to create one of the most ornate and traditionally styled eBikes to date.

According to 43Cycles, they drew their inspiration from the marque Lancia Astura Bocca, with leather appointments curtesy of Italy’s famed leather maker – The Bridge.

Not surprisingly, stopping power is provided by none other than Campagnolo, to include engraved Pininfarina logos, along with rims by H Plus Sons.

The frame itself, is constructed from hand welded, chromed steel, which is accented by walnut brair-root along the top rube .

According to 43Cycles, in homage to the "1930’s", when Pininfarina was first founded, only 30 bikes will be produced.

The single speed bike utilizes a “miniaturized electric engine” called the "Bike+" for added boost, while a dyamo hub charges the front and rear LED lighting system. In addition, the system is also capable of charging mobile devices as well.

No word on final pricing, but as one might guess, it won’t come cheap.

Hmm, I wonder if Bertone, Zagato, Guigiaro or Gandini will follow suit ?