Reasons Why Low Cortisol is Bad for Cyclists 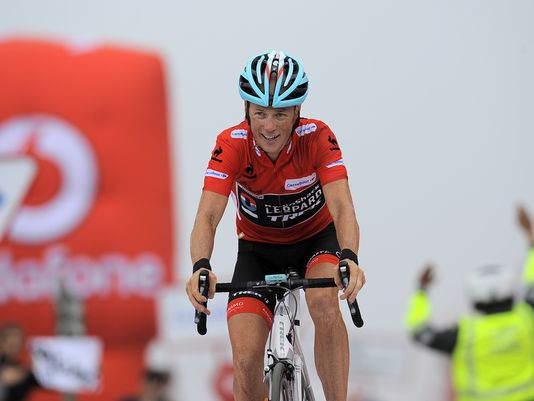 Defending champion Chris Horner was withdrawn from the Vuelta a Espana due to cortisol levels below the threshold stipulated as “healthy” by the Movement for Credible Cycling, of which his team, Lampre-Merida, is a member. The low cortisol levels was due to a course of cortisone treatment which Horner had been taking, under a therapeutic use exemption by the UCI, to treat bronchitis.

I have read a number of articles which had quoted that ‘low cortisol levels can affect the body’s ability to recover in the event of a medical issue such as a crash, hence the stipulation of a ‘healthy’ threshold’. But what does that mean?

When your body experiences stress, neurons in the hypothalamus secrete the hormones – corticotropin-releasing hormone (CRH) and arginine-vassopressin (AVP). CRH stimulates the secretion of corticotropin from the anterior pituitary which leads to the increased production of corticosteriods including cortisol.

Cortisol is the primary hormone responsible for the stress response and impacts several homeostatic mechanisms, including metabolic, ion transport, immune response, regulating blood pressure by stimulating vessel constriction and ‘even memory’. Cortisol regulates energy by tapping into the body’s fat stores and delivering it to working muscle or breaking down proteins from amino acids into usable carbohydrates in the liver. The main function for the hormone is thus preparing us for the “fight or flight”. It is also a potent anti-inflammatory agent, stimulating the release of molecules which create the reddening, swelling and pain at the site of injury. Thus is why athletes use a local injection to treat chronic injuries.

Elevated or depressed levels of cortisol are hallmark clinical observations in ‘overtraining syndrome’ from adrenal fatigue. This fatigue is where the glands have difficulty in keeping up with the constant demands and is unable to keep up with the ability to adapt to many stressors. Inevitably low levels of cortisol can result in not only decreased energy, fatigue but also increased injury and difficulty in healing.

The MPCC decision to place strict rules on the levels of cortisol for its riders is based on the importance of the hormone in regulating our metabolism, particularly in the occurrence of injuries.