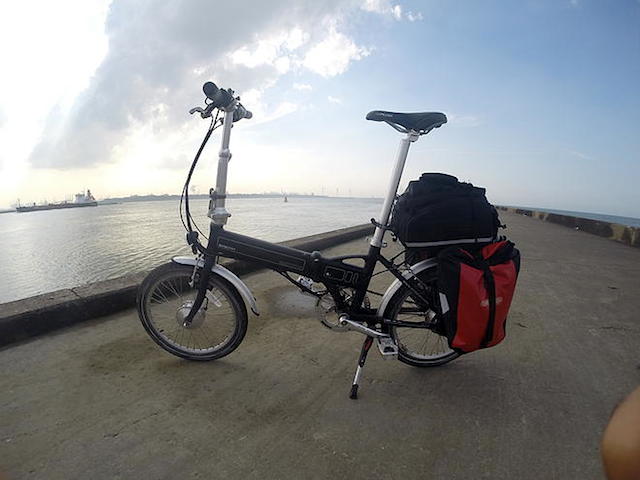 Mauro Passaretti tells about his  900 kilometer journey from Rome to Paris onboard his electric bicycle – during this video short.

"Part of my adventure involved riding along the "Euro Velo" , which  follows the Rhine river from its mouth, about thirty miles from Rotterdam. The road is referred to locally, as the Rheinderweg."

"Over the centuries , the Rheinderweg has been traveled by everyone such as pilgrims and the Teutonic Knights, to modern day cyclists from all over the world."

In my mind, I felt that it was ideal route for my slow journey.

The countries I traveled reached as far north as the North Sea – encompassing  Italy, Switzerland, France , Germany and Holland. "