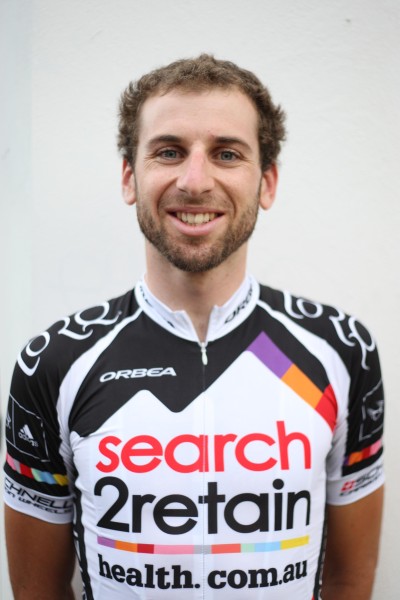 The former winner forced his way across the line ahead of Garmin-Sharp’s Steele von Hoff and Bernard Sulzberger (Drapac) after the race came together on the final lap.

“When I won a couple of years ago it was the first big bunch sprint that I had won. That was a really special night. Then last year to get second to Caleb (Ewan) I was absolutely stoked with that. To be honest I didn’t expect to win at all so it’s awesome, I love this race,” said van der Ploeg after the race.

A crash on the final corner wiped out the chances of many of the few remaining riders, with most of the field crashing out or retiring early from the race, including Team Sky’s Chris Froome and Richie Porte.

“I think most mountain bikers, when it gets wet and crappy, they usually have a smile of their face and I certainly love these conditions,” said van der Ploeg.

“I crashed twice out there, but it’s good fun, a bit of chaos!”

The final stages of the 70 minute race was a battle between under 23 time trial world champion Campbell Flakemore (Avanti Racing) and Drapac’s Will Clarke.

The pair managed to establish a considerable lead on the peloton, but cat and mouse games between them eventually saw them ceded their advantage as the peloton came thundering behind them on the final lap.

“When Campbell hit it, he hit it really well with perfect timing," van der Ploeg said of his team-mate.

"With the two of those out the front I didn’t think that it would come back, but Campbell was reluctant to go to the line with Will because Will is just that fast so it sort of played in our favour. We just focused on trying to get it back for a sprint and nailing the finish.”

Defending champion Caleb Ewan (Orica-GreenEDGE) was won of many riders to crash while Froome and Porte retired from the race as a precaution.

“It’s get a bit sketchy on the corners where guys are crashing everywhere, and the main thing for us was to stay safe," said Froome.

Earlier in the day, Kimberley Wells claimed victory in the women’s race.

The former Australian criterium champion was too fast for Gracie Elvin (Orica-AIS) and Eileen Roe (Wiggle Honda) at the conclusion of the women’s 30 minute race.

Wells was part of a select group of seven riders that dominated the race, with the 29 year old staying tucked in the wheels until the final few laps.

“It’s very windy here. I love the fast racing, I love following the wheels so the wind adds a bit of excitement to the race and I hope everyone here was able to see that today.”

Roe was the first rider to have a solo dig in the earlier stages. Her effort was then mirrored by team-mate Jess Mundy with 15 minutes left to race.

Mundy clung to a 10 second lead at in front, before being caught with just under seven minutes to go by a small chase group which featured Wells, Elvin and Orica-AIS team-mate Amanda Spratt.

Spratt was aggressive through the final laps, but she couldn’t shed any riders, leaving it to Wells to launch her sprint in the finishing straight to claim the victory.